Steve May was a most considerate host as he provided our 2nd Patrick Dooley Memorial Golf Tourney with a rare warm, sunny day at Mayfair Lakes Golf Club on April 21.  Golfers enjoyed remarkably prime spring conditions thanks to Steve's extensive fairway topdressing program.

Once again, the 77 attendees were either Dooley family & friends or local Turf industry.  Volunteers manned great games including Long Chip, Long Putt, Marshmallow Drive, Balls-in-Jar Guess and Total # of Lost Balls Guess.  Golf foursome prizes for these were generously donated by Mayfair Lakes, Hazelmere, Beach Grove, Sandpiper and Tall Timbers. The Toonie Toss was well supported, as was the draw for a Keg of Whiskey donated by Central City Brewing. Westerra/Vermeer BC provided a Vermeer S800TX Mini Skid Steer as a Hole in One prize on #8, which was sadly not won. 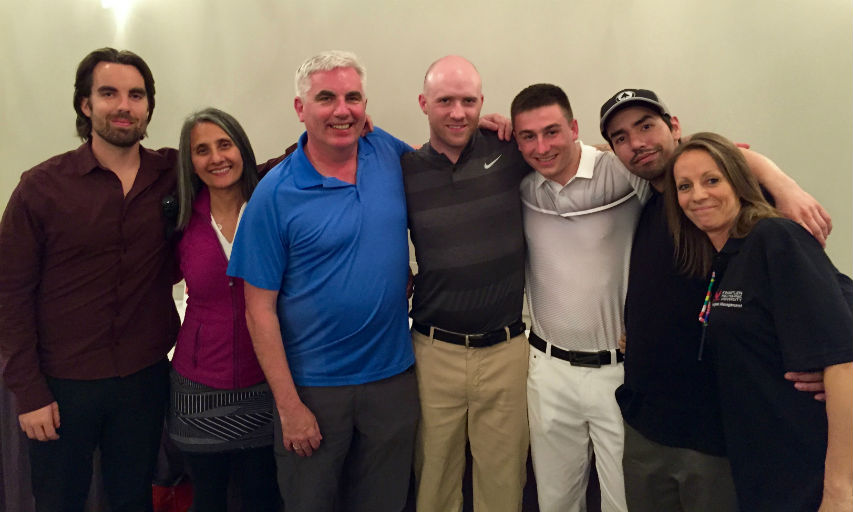 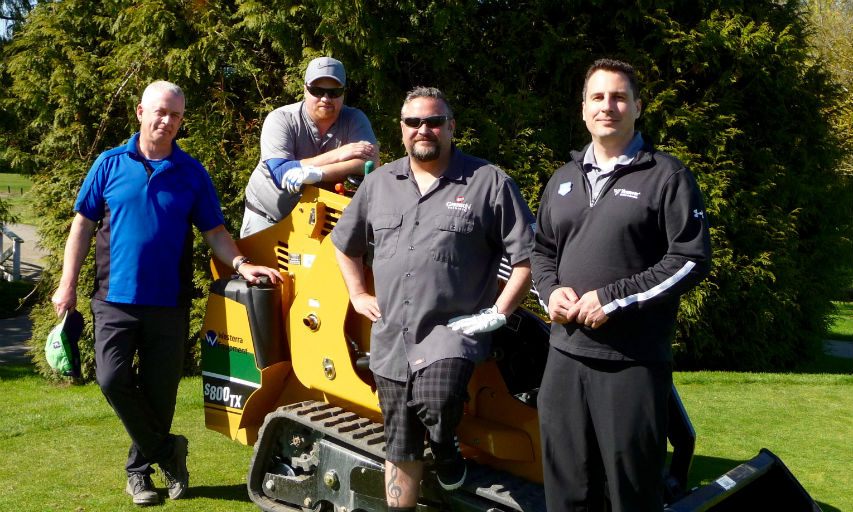 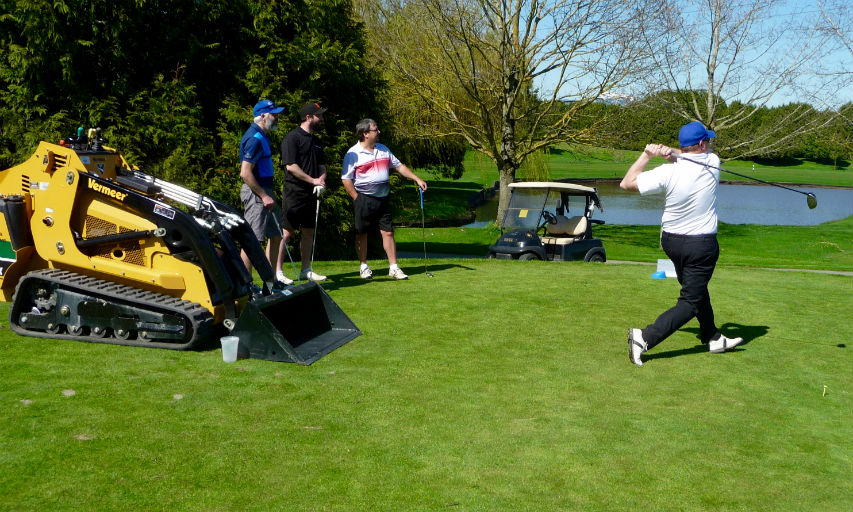 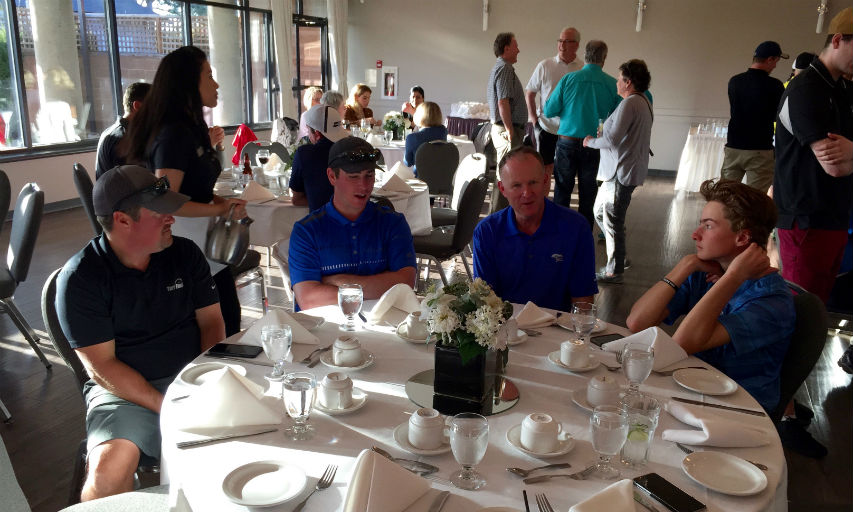 After a fabulous buffet dinner, memories of Patrick Dooley were re-lived, a show of the 2016 event was reviewed and prizes handed out. The first Patrick Dooley Turf Scholarship winner, Josh Carlsen was on hand to give a thank you to all. Here is Josh's bio:

Josh Carlsen is a Turf Management student who has served KPU Turf Club as President for the last two years.  Josh volunteered on the Grounds Crew of the 2016 Pacific Links Seniors Golf Tournament at Bear Mountain in Victoria and also assists with hosting events to raise money for homeless, performs with five bands and has played for KPU Golf Team.  He is an avid golfer,  an inspirational leader and tireless worker, all a solid reflection of the Turf Student and quality person Patrick Dooley would have been here at KPU.

Under Josh's leadership, KPU Turf Club donated $8,200 to Turfgrass Research from their annual 'Golf Pass Contest' and raised another $15,000 for the Patrick Dooley Turf Scholarship fund from this tournament.  The Turf Club conducts fundraising events to support member attendance at Turf Conferences such as golf tournaments, bottle drives and aeration for Langley Lawn Bowls. They also did rootzone preparation and sodding for a local Embassy house.