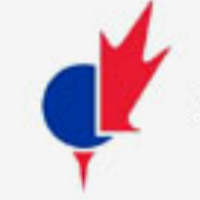 SUPERINTENDENT OF THE YEAR

The CGSA is pleased to announce Mr. Brian Youell, Master Superintendent at the Uplands Golf Club in Victoria, British Columbia, as the CGSA Superintendent of the Year for 2012. Brian has been a CGSA member since 1993 and holds the Association’s Master Superintendent (MS) designation. He has been the Superintendent at Uplands Golf Course since 1994, although his career at Uplands started in 1981. Mr. Youell’s nomination states, “After reading over 70 letters of endorsement for Brian Youell’s nomination it quickly becomes evident that Brian’s nomination for this prestigious award reaches far beyond providing impeccable playing conditions or being involved on the volunteer boards of our many turfgrass and superintendent associations.” His reputation as a leader, innovator, a mentor, public speaker and a gentleman that is always prepared to put others and their needs ahead of his own is known throughout the industry. He is a dedicated husband and father and a contributor to his professional associations. Brian has also shown tremendous strength as he continues to pursue a complete recovery from a devastating brain injury suffered when he was hit with a golf ball while assisting a colleague with some irrigation system problems. Brian’s career in the turfgrass and golf course management profession has spanned 34 years, 31 of which have been at Uplands. He has previously been named Superintendent of the Year in British Columbia, has attained his Master Superintendent accreditation from the CGSA and is Audubon certified. Brian has hosted a number of Canadian Tour events and mentored a significant number of young turfgrass professionals, all of whom comment on the positive role that Brian has played not only with respect to their turf and golf course management knowledge but with respect to their leadership ability, compassion for people and the need to give back more than you take. Congratulations to Brian Youell, Master Superintendent on being named CGSA Superintendent of the Year for 2012. Brian will be presented with his award at the 2013 CGSA Awards Luncheon which is scheduled for January in Toronto.

FUTURE SUPERINTENDENT OF THE YEAR

The Future Superintendent of the Year Award is presented to a full-time student member of CGSA who is completing their graduating year in a CGSA recognized turf management program. The nominees who are considered for this award are interviewed by a three person panel comprised of a representative of the Toro Company (the award sponsor), the industry (an architect, owner, superintendent, etc.) and the CGSA. Cameron Shaw, Second Assistant, at the Burlington Golf & Country Club in Burlington, Ontario is the 2012 winner of the CGSA/Toro Future Superintendent Award. Cameron completed his Associate Diploma in Turfgrass Management at the University of Guelph in April of 2012. Cameron began his golf course career working as a caddy at Beacon Hall Golf Club in Ontario. Two years later he joined the maintenance crew at Magna Golf Club as grounds labourer before taking a position at the Jasper Park Lodge Golf Club in Alberta. Cameron then worked with Superintendent Tom Brodeur at the TPC Boston at Great Woods Golf Club for one season in 2011 before making the move to Second Assistant under Superintendent Dean Baker at the Burlington Golf and Country Club in Burlington, Ontario. Rob Witherspoon, Director of the Associate Diploma in Turfgrass Management program at the University of Guelph noted in his remarks concerning Cameron that he “has exhibited exceptional academic capabilities as well as outstanding leadership and organizational skills during his two years in the diploma program. Cameron states in his personal award statement “I am very fortunate for all the experiences I have had in both my working and educational life and I am extremely grateful for all the support (work, various associations and the turf industry itself) I have received along the way.” Cameron was also a driving force in the participation of a Canadian team in the GCSAA Turf Bowl in Las Vegas last March at which their entry placed 14th out of 87 teams, the highest finish ever for a Canadian or international team participating in the annual event. Among Cameron’s other achievements are his selection for the OGSA Education Award, as the recipient of the University of Guelph Norman E. McCollum Scholarship award and the OAC Diploma 125th Anniversary Scolarship for Student Leaders and as a member of the Turfgrass Management program Dean’s Honours list. As winner of this year’s award, Cameron will travel to Scotland and take part in a six week training and work experience program. He will also participate in a trip to Toro Headquarters in Minneapolis. The University of Guelph will receive a personal computer from the Toro Company, and the CGSA will host Cameron’s attendance at the Canadian International Turfgrass Conference and Trade Show in January in Toronto. Congratulations to all of this year’s nominees, all of whom demonstrated dedication, a passion for the profession and a wealth of knowledge, all of which will certainly help them prosper in this industry. Also, thank you to the Toro Company – a strong supporter of the profession – for partnering with the CGSA to invest in the future of the industry and the superintendent profession.

The CGSA John B. Steel Award is presented annually to an individual chosen by the CGSA Board of Directors who has made an outstanding contribution to the advancement of the profession of golf course superintendent. An individual may be nominated by the Board of Directors of the CGSA or by a CGSA superintendent member. The recipient of this award is invited as a guest of the CGSA to attend the annual Canadian International Turfgrass Conference and Trade Show where they are presented with an original soap stone carving designed and carved by Bill Fach, Superintendent at Black Bear Ridge Golf Course in Belleville, Ontario. The recipient of the John B Steel Award for 2012 is Mr. Pelino Scenna, Master Superintendent, Emeritus. Mr. Scenna has been a member of the CGSA for 43 years. Pelino served on the Board of Directors of the CGSA from 1991 to 1998 and was President and Chair of the Board in 1997. He also served on the Board of the Ontario Golf Superintendents Association and served as the President of that organization in 1978. Mr. Scenna has made contributions to the profession, the industry and to related associations throughout his career and it is fitting that the CGSA recognize Pelino with the presentation of the John B Steel award at the 2013 Awards Lunch in Toronto. Pelino was superintendent for 21 years at the Galt Country Club before moving to the Burlington Golf and Country Club where he was superintendent for another 21 years until his retirement in 2006. Pelino mentored nine individuals that are now superintendents and another six professionals that are either assistant superintendents or are involved in some other aspect of the profession. Pelino gave back to the turf education system by sharing his knowledge on both the national and international stage and by participating on advisory committees at the University of Guelph, Seneca College and Humber College. Pelino also hosted the Canadian Women’s Open in 2000 and the Ontario Senior Ladies Championship in 2001 while at Burlington. Pelino is a devoted family man, with two sons, both of whom are successful professionals in the turf industry. He is also very grateful to have the love of his wife Dianne, who has always supported him and allowed him to pursue his chosen career. The CGSA is proud to name Pelino Scenna, Master Superintendent, Emeritus as the recipient of the 2012 John B. Steel Award. PRESIDENT’S SCHOLARSHIP AWARD The CGSA Board of Directors established a post-secondary scholarship award in 2007 to recognize the scholastic accomplishments of students who are the children or grandchildren of a CGSA member and are enrolled in the first year of a full time, post-secondary education program. Only full-time, first year students are eligible to receive this award. There are up to two awards of $1,000 presented annually with the primary criterion for selection being academic excellence. Kimberly Bloski and Kathryn Bloski, both daughters of Kevin Bloski, an industry member of the CGSA and a representative from Early’s Farm and Garden Centre in Saskatoon, Saskatchewan are the recipients of the 2012 awards. Congratulations to Kathryn who will be seeking a Bachelor degree in Home Economics at the University of Saskatchewan and to Kimberly who will be studying for a Bachelor of Arts degree at the University of Saskatchewan. CGSA sincerely hopes that this scholarship will be of assistance in meeting their financial needs during their first year of University.

The CGSA Fall Field Day Championship golf tournament was held on Monday September 17th at the NK’Mip Golf Club in Oliver, British Columbia. The low gross champion of the CGSA for 2012 is Ken Bruneski, host Superintendent with a score of 74. Low gross honours for the tournament were captured by Greg Austin, Superintendent at the Revelstoke Golf and Country Club in Revelstoke, British Columbia.