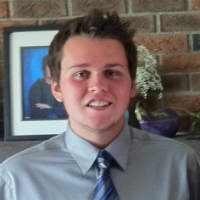 The Future Superintendent of the Year Award is presented to a full-time student member of CGSA who is completing their graduating year in a CGSA recognized turf management program.  The nominees who are considered for this award are interviewed by a three person panel comprised of a representative of the Toro Company (the award sponsor), the industry (an architect, owner, superintendent, etc.) and a member of the CGSA staff.

Jordan Collins, who most recently was part of the golf course management team at the Fairmont Banff Springs Golf Course and who, prior to that worked as a member of the staff at the St. Paul Golf Club in St. Paul, Alberta is the 2013 winner of the CGSA/Toro Future Superintendent of the Year Award. Jordan completed his Diploma in Turfgrass Management at Olds College in Olds, Alberta in April of 2013.

Jordan began his turfgrass career in 2006 working with his father Curtis Collins, superintendent at the St. Paul Golf Club.   Following the 2011 season, Jordan entered Olds College to begin the turf management diploma program. For the 2013 season, Jason worked as part of the crew at The Fairmont Banff Springs Golf Course in Banff Alberta under the leadership of Master Superintendent Bob Burrows.

Jason Pick, Instructor for the Golf Course Management Diploma and Degree programs at Olds College noted in his remarks concerning Jordan that he joined the program as President of the Olds College Turf Club in his first year of study.  Pick stated that he “has flourished, illustrating a strong commitment to both his studies and the success of the club”. Jordan states in his personal award statement “Instructors, students, industry representatives and wonderful resources and associations such as the CGSA have, and will continue to be, great sources of education to assist me in my development”.

Among Jordan’s other achievements are his selection for the Jason Lang Scholarship award, his selection as the closing speaker at the 2013 Western Canadian Turfgrass Association annual conference in Penticton, his perennial honour roll status and the receipt of the Club of the Year honours at Olds College during his year as President of the Turf Club, an achievement that hasn’t happened since 1998.

As winner of the 2013 award, Jordan will travel to Scotland and take part in a six week training and work experience program.  He will also participate in a trip to Toro Headquarters in Minneapolis. Olds College will receive a personal computer from the Toro Company, and the CGSA will host Jordan’s attendance at the Canadian International Turfgrass Conference and Trade Show in February in Vancouver. 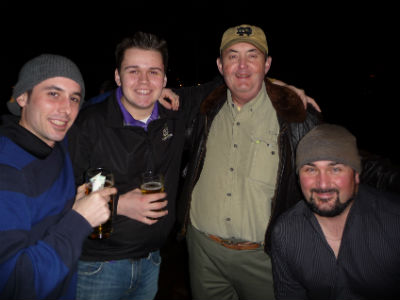 Congratulations to this year’s nominees, all of whom demonstrated dedication, a passion for the profession and a wealth of knowledge, qualities that will help them prosper in this industry.  Also, many thanks to the Toro Company – a strong supporter of the profession – for partnering with the CGSA to invest in the future of the industry and the superintendent profession.