The Sports Turf Association launched a branding and marketing review in 2013 examining our core values, positioning statements and brand through discovery meetings and phone and email interviews with members, stakeholders, the board of directors and staff. During this process the necessity for a more fitting corporation status, together with a title more reflective of our membership was confirmed.

Paul Gillen, association past president, explains, "The nucleus of members of the Sports Turf Association has, since its inception in 1987, been based in Ontario. However we have long-supported sports turf managers from coast to coast. The transfer of our corporate identity into the federal domain recognizes more formally our dedication to the promotion of better, safer sports turf across the country."

First identified as a goal at the inaugural meeting of the association, the emergence of a more national profile was strengthened in 2009 with the recognition of the Sports Turf Association as the Canadian International Affiliate Organization of the American Sports Turf Managers Association. We have continued to develop our Canadian presence with initiatives in Atlantic Canada beginning in 2011, and in 2012 with the formalization of a partnership agreement with the Western Canada Turfgrass Association which recognizes the Sports Turf Association as the national body for the promotion of better, safer sports turf in Canada.

"The creation of a national association was the vision all those years ago. It is exciting and gratifying to watch this niche organization grow into one with a national presence and a national mandate," enthused Michael Bladon, a founding father of the Sports Turf Association. 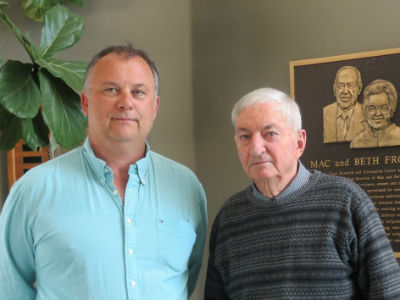 "While Sports Turf Canada as a brand identity may be new, the passion and hands-on approach of board members and staff and their dedication to the association is not," adds president Tennessee Propedo. "We are the authority in our field and are committed to providing our members with current, credible and relevant information to help you to manage your field assets in the most safe and effective manner."

About Sports Turf Canada
Sports Turf Canada is the new operating name of Sports Turf Association Inc. Our roots go back to 1987 when after a brain storming session at the University of Guelph a broad segment of the turf industry endorsed its need. Of particular concern at that meeting was the need to minimize and avoid injury to participants using athletic fields where they relate to sports turf. More than twenty-five years later Sports Turf Canada will continue to promote better, safer sports turf through innovation, education and professional programs.