What I Learned This Summer 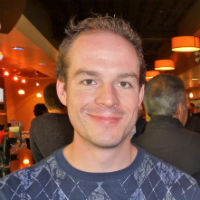 This summer was a summer of self exploration into what it takes to become a top notch turf manager. Many valuable lessons were learned this summer not only about who and what I can become, but also that there is a lot then meets the eye when managing high level turf. This summer I worked at a private golf course on Stuart Island BC which was extremely unique in the challenges that it brought and in the working environment itself. This job helped me with my self exploration and the realization that turf management is more than just the grass you see on the surface.

This job is valuable to me because I started to take the next step into truly becoming a turf manager. I fought against the anxieties of trying new things that if I were to fail could possibly change the outcome of the turf. Some of the new things I had a chance to experience due to the trust the superintendent had in me were jobs like applying granular and liquid fertilizer, fixing irrigation breaks and driving large machinery. Fighting against the anxieties of doing these tasks that I had no previous experience with was very important not only for my career advancement, but also for my confidence and knowing that despite all the headaches and mistakes I got through it. This taught me that with perseverance and patience I can accomplish anything I put my mind too.   The working environment was the largest part of my self exploration this summer because of the unique situation the golf course is in. This golf course in Aaron Point on Stuart Island is unique because my commute was not by the typical mode of transport instead I had a water taxi ride take me across the ocean to a remote island. I stayed on this island for two weeks with one week off. During these two weeks I lived in dorm style rooms with a roommate. This allowed me to develop important conflict resolution skills as well as the abilities to understand the differing personalities on a work site and how to deal with each person differently. I found this was very important in keeping a healthy and happy work environment.

The remoteness of this golf course taught me to think outside the box and that often what you learn in class is not always the way things are done. The crew was very small and for one week we often only had a crew of three people. I realized that you need to be more than just a one trick pony; it is valuable to be a jack of all trades. With being so remote resources were often limited which resulted in developing creative thinking skills in solving problems that cannot be done in conventional ways that are often seen on the typical golf course.

The summer of 2013 was a great start and finish to another chapter in my turf management journey. Through trials and tribulations this summer proved to an invaluable asset not only for career advancement, but also for the confidence in knowing what I can achieve.

Editor's note:  Glen also receives a complimentary 2014 WCTA membership as one of the 2013 WCTA Student Award Winners.  Congratulations Glen and keep up the great work!