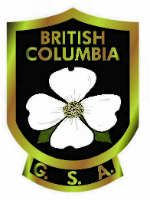 The year is almost half over as summer arrives with warmer and dryer weather than normal, keeping us all very busy on our courses. Hopefully it will prove to be a fantastic year for the golf industry as a whole.

The BCGSA exists as an association for the purpose of serving its members in providing membership benefits and services to promote and support the golf course management profession in BC.

Recently the BCGSA conducted a survey of its membership to determine which benefits and services were of the most value to its members. On behalf of the Board I would like to thank all those who took the time out of their busy schedule to complete the survey. Your opinions are invaluable in charting the course of the future of the BCGSA.

The response to the survey was tremendous as it exceeded our expectations. 43% of the golf course sector responded with some excellent comments, feedback and suggestions for the future of the Association. It was encouraging to see so many dedicated members who are passionate about the future of their profession. It came as no surprise that the strength of the BCGSA continues to be in its regional meetings. This consensus was expressed throughout every region of the province. The education and networking opportunities that the regional meetings provide are regarded as the most important benefit of BCGSA membership. Respondents also cited the availability of CEC’s for Pesticide Recertification, both provincially and regionally, as very important.

According to the responses received members also placed great value in the annual membership Roster and the DogWood publications. The BCGSA website, monthly newsletters, scholarships and employment referrals only lagged slightly behind in order of importance. Overall, most of the benefits listed in the survey received recognition as services that should continue to be available to members.

One of the primary reasons for surveying the membership was to ascertain whether or not there would be sufficient support for an Education & Networking event sometime in the fall. The Board was very pleased to see the outcome showing 86% support by the golf sector and industry alike. With this strong endorsement from the membership the Board will be giving it serious consideration to move forward in undertaking such an event.

Widespread support was also received for our role as a provincial association in working cooperatively with the Canadian Golf Superintendents Association and perhaps partnering more with the CGSA in future functions and events. As the CGSA is currently undergoing an extensive review of services, we will await to see the outcome of the evaluation and the direction that the CGSA will be moving toward. It is my sincere hope that we will see the day when a joint BCGSA/CGSA membership makes sense for all regions of our province and right across the country as a whole.

Relations between the BCGSA and the WCTA have been somewhat strained over the past few years as we have endeavored to work together toward common ground with mutual benefit for both associations. The results from the survey reflect that same sentiment. A great percentage of members expressed their discouragement of a solution not being found to put to rest the indifferences between the two associations. Those who responded believe that although it is important to work cooperatively when possible, we need to move forward, beyond this impasse.

Going forward, the Board’s main focus will be to continue to meet the expectations of members in providing valuable networking, education, CEC opportunities and services to its membership at an affordable cost. The Board will continue to work to strengthen its regions in whatever way that it can and will always maintain an open door to receive feedback from its membership. The Board maintains that it will continue to work cooperatively with the WCTA in all matters of common concern and interest.

After its last meeting the Board agreed that it did not want to rush into any major decisions but that it would take the time to study the results of the survey as there is a lot to be considered in moving forward. As this is a very busy time of the year for everyone in the industry, a meeting will be planned in the fall to consider future plans. It has been suggested that perhaps that meeting could include members of the executive from all regions.

The BCGSA has had another successful Rounds 4 Research fundraiser this year and looks forward to participating in the program again next year. Thanks to all the golf courses who contributed rounds for this very worthwhile fundraiser.

Your Board, together with the Planning Committee from the Lower Mainland, is busy with plans for this year’s Exchange Tournament to take place the end of August at the Whistler Golf Course.

This year’s Exchange Tournament at Whistler will be similar to the two previous Exchanges at Bear Mountain and Sun Peaks. The festivities will begin on Saturday night with an informal social gathering at a local venue. Education, product displays, and equipment demos will be held on the Sunday with a barbeque at Dave’s maintenance facility to close out the day. Monday will host the BCGSA Exchange meeting, and 18 holes of golf followed by the banquet and awarding of prizes.

This event is shaping up to be a great time for all so mark your calendar and plan to attend this year’s Exchange Tournament in Whistler. Thanks to the Lower Mainland and all the members of the Exchange Planning Committee for all the hard work they’ve put into the event so far. Thanks also to Dave and Stu for hosting us at their great facility!