The Western Canada Turfgrass Association (WCTA) and Sports Turf Association (STA) are pleased to announce the formalization of a partnership agreement between the two organizations.

The WCTA mandate includes the promotion of further education, turfgrass research and the exchange of information related to turfgrass management and recognizes within its membership a Sports Turf Managers Group. By partnering with the STA, these members will now have greater access to specialized education, professional development and resources in this sector niche.

The Sports Turf Managers Group will be able to complement the benefits offered by their regional association by enjoying reduced membership rates in the Sports Turf Association, the non-profit professional association dedicated solely to the promotion of better, safer sports turf. Moving forward, the WCTA will be the conduit for STA membership originating in the provinces of British Columbia and Alberta. The associations will explore joint educational and professional development opportunities.

The agreement recognizes the Sports Turf Association as the national body for the promotion of better, safer sports turf in Canada and the Canadian International Affiliate Organization of the USA-based Sports Turf Managers Association.

WCTA President Tab Buckner is enthusiastic about the new partnership stating, “This is a major step forward in uniting Sports Turf Managers across the country and will undoubtedly have a positive effect on everyone in the industry.”

Paul Gillen, STA President, concurs, “The synergy created by this relationship will result in better educational and training opportunities for all associated with the industry”.

About WCTA The WCTA is a not-for-profit association founded in the late 1950’s by a small group of turf managers who were interested in becoming better at their profession. Today, over 700 members represent a diversity of sectors such as golf courses, sports fields, school boards, municipalities, sod farms, nurseries, landscapers, lawn bowling greens, mechanics, horticulturists and industry suppliers, all supported through a variety of member services and education delivery programs. One of the WCTA’s primary mandates is to raise and distribute funds for a variety of turfgrass research projects.

About STA 2012 marks the quarter-century milestone of the Sports Turf Association. Its roots go back to 1987 when after a brain storming session at the University of Guelph a broad segment of the turf industry endorsed its need. Of particular concern at that meeting was the need to minimize and avoid injury to participants using athletic fields where they relate to sports turf. Twenty-five years later the Sports Turf Association continues to promote better, safer sports turf through innovation, education and professional programs. 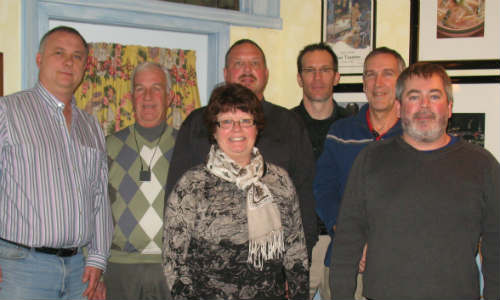