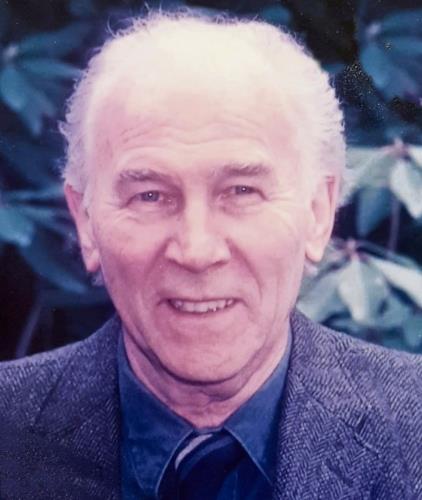 Dirk received his education in Horticulture in Aalsmeer, Holland. He worked for two years in Sweden at a botanical garden near Stockholm.  He also spent a year working at nurseries in England and in Luxemburg.  In 1953 he went back to Holland where he was faced with a major career decision.

“In those days, after the war, the work opportunities were not too exciting.”  Dirk did have job offers for Afghanistan, Sweden and South Africa.  “Around that time I was busy trying to decide what to do with my career.  A friend who studied at UBC asked me to come over here for a year – and I did.  I also wanted to see the country of our liberators (for the younger ones out there – it was Canadian soldiers that liberated Holland from German occupation in WW2).  I missed May 5th, Liberation Day, as I was so sick in my hiding place on a farm with diphtheria.  The Canadian soldiers got me into a hospital with an iron lung, while fighting their way North.  I was seven months in the hospital, and more months getting my strength back on the farm, before going back to my home in Amsterdam and my old job in the Aalsmeer Horticultural District.”

Dirk arrived in Vancouver in July 1953.  He started picking fruit and working in a market garden in the Okanagan, and maintained a yearning for more schooling. He took some night courses at the Vancouver School of Art and at UBC, while keeping employed with some odd jobs including Eddie’s nursery (one of the oldest in the lower mainland) and in James Brand’s seed store on South Granville.  In April 1954, Dirk had an opportunity to do a Federal Government experiment at the United Keno Hill mines in Carmacks, Yukon (300 km. North of Whitehorse) to grow fruits and vegetables for the mine’s employees, which was very successful.

After a year in the Yukon, Dirk went to Lake Louise, which was open summers only, and worked as the head gardener for the Chateau Lake Louise for four years.  During the winters he worked for the same company (CPR) at their Canadian Pacific greenhouses in Richmond, preparing the plants for their hotels across Canada.  He also did the flower arrangements for CPR Hotel Vancouver, the only large hotel in Vancouver, for many special guests to BC, including Princess Margaret.  In Chateau Lake Louise and Banff Springs the hotels had flower shops too, where he did the arranging, as that had been one of his subjects at school.

Dirk went back to Holland in 1957 and married Nellie.  He had a most interesting trip back there, as he hitchhiked a ride by working on a Swedish ship sailing from Montreal, because he had learned the language.  (In those days you could get away with that due to more relaxed harbour customs, all you needed was a medical.)

In 1959 Nellie and Dirk were expecting their first child, so Dirk decided not to go back to Lake Louise.  Instead he spotted a job opening for Parks Superintendent in the District of North Vancouver.  “I never thought I would work there so long, but I ended up spending 34 years in this position.  In the late 50’s and early 60’s the lower mainland was growing rapidly.  North Vancouver has more than doubled in population since then.”  Instead of looking for a bigger job, the job grew in his hands.  He had a chance to try many new things.  He started the Children’s Farm, Ecology Centre, skateboard parks, wilderness trails, the North Shore Garden Contest and the development of the landfill area into sport fields.

Because of the sudden surge in population, there became tremendous pressure for more sports fields.  It all happened at once… baby boomers, more children, soccer becoming more important, and more women becoming involved in sports – all this added up to a huge demand.  One of Dirk’s jobs was to meet the demand.  “We didn’t have the magical answer for constant good conditions. It was often too wet.” As a result of this plight, more camaraderie began between turf managers because they needed to communicate new and different ideas.

The general public began to complain about the conditions of the fields as the demand and the wear and tear increased.  “We started asking for assistance.  Test plots were started at UBC and were looked after by Dr. Herman Vaartnou – these looked at soil and fertility.” Dirk, who had seen very similar soil conditions in places such as England and Holland, realized a need for action.

Dirk was a founding member of the WCTA.  “We knew that in order to get an association going – we needed the industry too (golf, sales, etc.).”  This boosted the membership drive with much needed greater variety of expertise.  “We had many meetings in different people’s homes. The increasing need for improved grasses and growing mediums was just on the surface.  We, at the District of North Van, were the first to build a pitch & putt entirely on sand.”

Turf managers were taking more initiative and became more communicative – soon followed slow release fertilizer.  The true significance of participating in an association was taking hold.  As more Turf Managers became better educated – more members began to understand the benefits of joining the WCTA, and as we all know, the membership continues to grow and grow.  “I think the WCTA is one of the best turf organizations in North America.  Everyone knows that there is a need to help each other, thanks to excellent executive directors such as Bob Wick, and his assistant Viola Freer.”

Dirk was a director for the WCTA in the 1960’s, and was President and Secretary/Treasurer for the INPRA (International Northwest Parks & Recreation Association) in the 70’s.  In 1990, he received a lifetime membership with the WCTA.

“It is important for us to remember the hard work of the founding fathers of our organization.  Heinz Knoedler, one of our first Presidents, started a lot of public relations work in the first few years.  Eric Hughes was also very important for the association in the beginning.”

He received many awards over the years, from BCRPA, BC Landscape Association, INPRA, Lions, Distinguished Citizens Award for the District of North Vancouver, one of 100 given out in the 100-year history of North Van.

Dirk has contributed to our profession in many ways including his teaching of Parks and Recreation at the BCIT night school for many years, which he enjoyed very much.  Outside of the profession, Dirk has enjoyed many personal pursuits with his four sons such as camping, hiking and traveling in Canada, Europe, Central America, S.E. Asia and, of course, Indonesia, as Oostindie is the former Dutch name for that country.  He brought back many good ideas for his work.

After retirement, Dirk was a ‘Communities in Bloom’ judge for the larger cities across Canada for six years.  With Parkinson's disease, he continued to live actively.  He learned resilience from his youth in WW2, living in hiding, sick with diphtheria when he was liberated by Canadian troops (chronicled at www.vankijkduinstraat.nl).

A life well-lived, inspiring many, leaving a legacy for future generations and lived with purpose.  Dirk will be placed at rest in the North Vancouver Cemetery.  A public service and reception was held on Monday, December 16th at 1 pm, at North Lonsdale United Church, 3380 Lonsdale Avenue.

Thank you, Dirk, for your contributions to our association and for your initiative to improve industry standards. 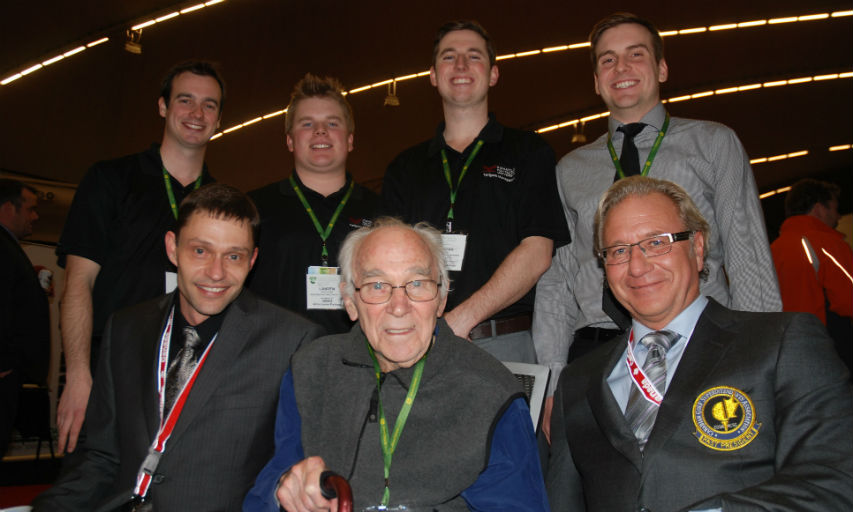