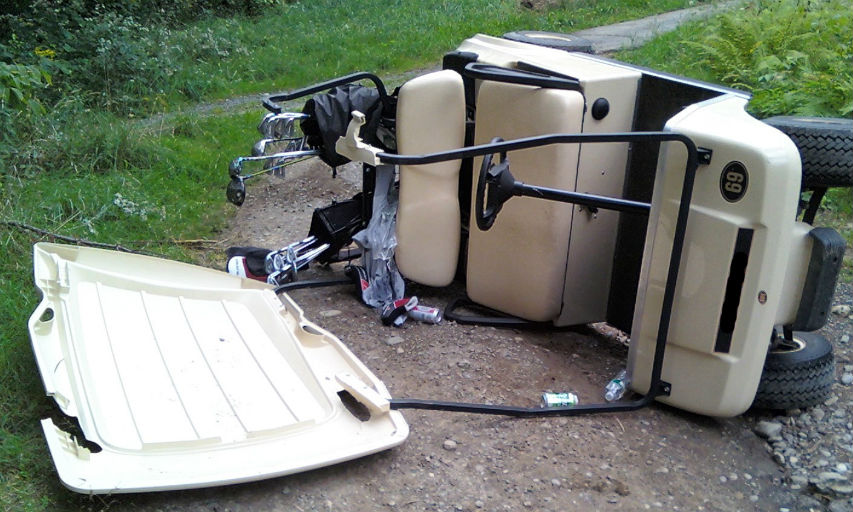 Previously, golf carts were exempt from needing roll-bars and seatbelts.  Proposed changes apply to work carts and beverage carts, marshal carts and even carts driven by a golf professional during a lesson.  All employees operating a golf cart at any time during work are protected by the proposed new rules and there may be other scenarios where new rules would apply, ie. a golf pro or other staff employed at Golf Course A playing golf at Course B.

A far greater concern however, is Worksafe’s determination that non-golf course workers are captured under this provision.  Specifically, employees playing in a corporate or charity event are considered workers under this policy and the rules would apply.

This bears repeating / restating.  If your golf course’s business model includes corporate and/or charity events, patrons playing in the event are considered to be working.  If operating golf carts, those carts will require seatbelts and roll-bars (if the new rules pass).

The amendment process is in the final stages of public hearings.  I attended a hearing in Kamloops on April 30th, finding myself surrounded by loggers, construction contractors and road builders, all potentially negatively affected by proposed amendments to the regulation.  A common theme – engineering and manufacturing heavy equipment to the standards proposed by Worksafe isn’t possible due to material physics limitations.  In other words, equipment made to meet the new standards would be too heavy to operate.  Also, concern was expressed over ambiguity of the proposed amendments that would leave interpretation up to individual WorkSafe officers.

I thought proposed WorksafeBC regulations for golf carts apply just to golf course workers, right?
Wrong.  Anyone who can access the compensation system is protected by the regulation.  This captures anyone being paid that is on your site and even volunteers.  They can also be from out-of-province.

Are there any exceptions?
Yes.  If a Qualified Person (QP) performs a site assessment and determines there is no significant risk of roll-over, then ROPS will not be required.

No significant hazard of rollover means “an area in which there are no grades exceeding 10%, no operating areas with open edges, no open ramps, loading docks, ditches or other similar hazards which might cause a rollover.”

What is a Qualified Person?
Defined in Part 1 of regulation:
"qualified" means being knowledgeable of the work, the hazards involved and the means to control the hazards, by reason of education, training, experience or a combination thereof;

Tim McCarthy, Senior Policy Analyst for WorksafeBC says this can be a local expert meaning a golf professional, superintendent or perhaps the course architect.

• If roll bars are required on golf carts to protect workers, including non-golf course employees playing in a corporate golf event, this could mean fire extinguishers, hard hats and adequate training and supervision would also be required but it doesn’t appear WCB will go that far, at least not yet.

• Certainly, beverage carts will be required to have ROPS under the new regulations.

• If a person playing golf at a corporate event is being paid to do so and therefore considered by WorksafeBC to be a worker, how does that affect consumption of alcohol supplied by the golf course?