The current hot topic involves proposed regulations put forward by WorkSafe BC requiring rollover protection (ROPS) and seatbelts on all golf carts driven by workers.  This very quickly became an item of interest for AGA-BC last October, as the rules were very complex, open to interpretation and potentially very costly to the industry with seemingly little benefit to employee safety.

From experience dealing with government on previous issues, we knew our first step was to seek out the true nature and impact of the regulations and possible repercussions.  AGA-BC addressed this by forming a working group tasked with reviewing proposed new rules, researching standards in other jurisdictions, contacting manufacturers and ultimately, requesting a face-to-face meeting with the regulator.

WorkSafeBC was very accepting of our request and provided an opportunity to meet face to face, twice eventually plus one public hearing.  Up to this point, several stakeholders had made submissions during the industry consultation phase but it seemed no one really knew if golf was being captured inadvertently, if recent accident statistics were indicating increased concerns about golf cart rollovers, which golf carts would require ROPS and if ROPS were even available, along with many other questions.  As a result, rumors were flying but nothing had been confirmed by WorkSafeBC.

AGA-BC’s goal was to separate fact from fiction and then develop an approach to resolve issues while working with, rather than against, WorkSafeBC.  As a committee, we brought forward a series of questions pertaining to the regulations and our interpretation of the regulations.  Those questions were answered and we were able to discern which regulations were going to have an impact on the industry.  The meeting was very positive and the group was eager to work with us again. A second meeting to conclude our approach took place in early October.

Between those meetings the media got involved, highlighting golf operator concerns over proposed ROPS requirements on golf carts.  Coverage resulted in further rumors, industry confusion and people looking for answers.  As a committee, we were concerned that some in the golf industry assumed the issue had been put to bed as was implied by several media outlets and statements made by WorksafeBC in the process.

At the time, and as the only group we knew of who had a face-to-face meeting with Worksafe, there had been no indication of exclusion for golf carts.  Confusion seemed to stem from a perspective that carts used by golfers would not need ROPS since Worksafe only regulates workers but this thought process did not seem to consider that those same carts are operated by golf course staff on a daily basis.

At this point, the AGA-BC Board voted to engage our former lobbyist, Mark Jiles and Bluestone Consulting, to guide us through the media impact and where the issue lay with both bureaucrats and politicians.

We then reached out to WorksafeBC for a second meeting to discuss any changes, bring forward our concerns, undertake an objective analysis of the incident and accident statistics and present our ask, a full exemption for operation of light frame/slow speed vehicles (Golf car, turf care utility vehicles).

At this meeting, we informed Worksafe that worldwide, no major golf cart manufacturer produces an engineered ROPS system for their golf carts and that any after-market system would void the manufacturer warranty.  Much discussion ensued at this juncture and we were asked for letters of confirmation on the subject, which were subsequently provided.

On October 22nd, WorksafeBC let us know that under section 16.34 of the proposed amendments to Part 16 of the regulation ‘Mobile Equipment’, golf carts have been removed from the ROPS requirement(s).

This seems like a win for the industry and it’s very good news but as we have learned in the past 12 months of dealing with Worksafe, the 'devil is in the details'.  AGA-BC will continue to work with Worksafe to fully understand consequences of all the regulatory changes and how they will impact the golf industry including presenting our position paper at the upcoming four public hearings. 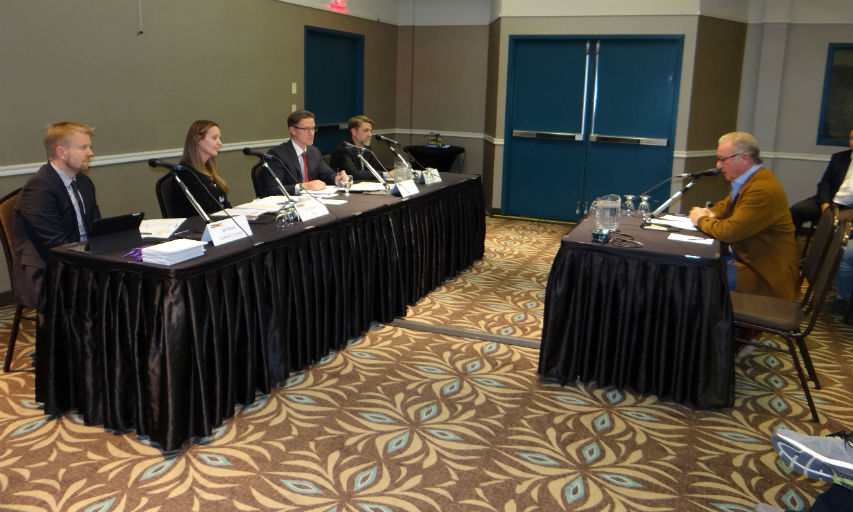