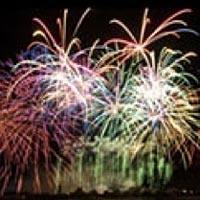 The new site is one of the planned developments of the recent partnership between the WCTA and Inside Golf Inc. and is intended to be the turfgrass industry's go-to location for news and informtion.

The new site's URL, www.wcta-online.com reflects its role to be the primary source for up-to-date news and a depository for technical information.

This will allow the transition of Turf Line magazine to serve more as a feature oriented publiction while still providing a summary of news developments.

"We are very happy with the pace of the transition process," says Inside Golf's Jeff Sutherland.

"Our redesign of the Turf Line magazine and the move to an annualixed approach to advertising purchasing was completed in Decemember and that allowed us to move on to the completion of the website. We were able to show a beta version at the Trade Show and get feeback."

The new site will focus on adding new content primarily while the WCTA's existing site will be left "live" for the time being so that content posted there can still be accessed and easily google-searched.

As part of the new site, a newsletter will be released highlighting recent postings and breaking news.

All WCTA members will automatically receive the newsletter which will initially come out monthly and eventually increase in frequency.