Up to five awards totalling $2500 are presented annually by the Western Canada Turfgrass Association to deserving students enrolled in a full time Turfgrass Management Program, as chosen by a selection committee made up of WCTA Board members.  Award value is minimum $500 and winners also receive a free one-year WCTA membership.

"Congratulations to this year's award winners.  We received 18 applications, a record number and want to thank all those who applied," stated Awards & Recognition Committee Chair, Peter Sorokovsky.  "The WCTA is very pleased to assist our turf management students and were impressed with the depth and quality of the applications.  It was a difficult decision indeed!" 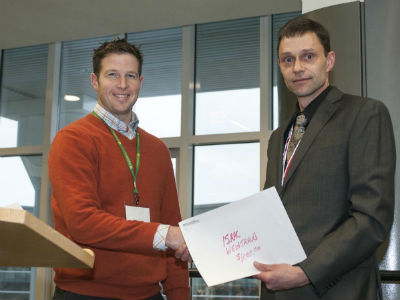 The WCTA is an organization that has represented most excellent people in the world of turf management for a long time now. It has undoubtedly seen many wonderful members both come and go.  When I first became aware I had received the 2014 WCTA Student Award, I immediately thought of storied history of the organization and its membership.

Having been around golf for the past twenty years in some form, I am extremely proud to represent the younger portion of an association that embodies a forward moving and dynamic approach to managing turf.

Everyone at the WCTA has been so helpful since the day I first inquired about becoming a member and it’s a wonderful honour to be recognized by such a developed organization. In years to come, there will be many more students that are eager to stamp their footprint in this great profession.  I’m hopeful to be one of the leaders both helping my WCTA colleagues progress into the future, while also helping these up and coming students become contributing members to the world of turf.

Thank you again for the recognition of the top WCTA student award for 2014, it is an honour to even be thought of as one of the young people who will help bring us into the unforeseen future. 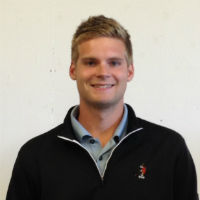 In my final year as Bachelor of Science (Turfgrass Science) student at the University of Guelph, it is an honour to receive a WCTA Student Award in 2014. The WCTA has done an exceptional job to provide their student members with support as they work their way through their academic careers in order to further pursue their lifelong dreams in becoming a turfgrass manager. Being a University student can be a tough task personally and financially and because of the WCTA, it has helped their students in gaining confidence in their abilities to continue pursuing their passion. All the students who receive this award are recognized for their academics and career related accomplishments and on behalf of all of us, thank you in selecting us. 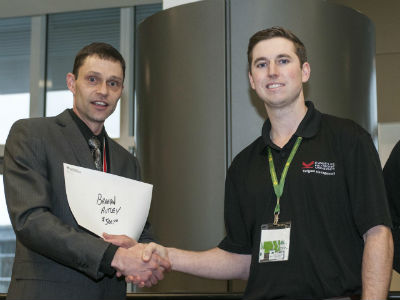 Dear WCTA Board of Directors,

I would like to thank you for selecting me for a 2014 WCTA scholarship award. I am honored to have received this award and with seventeen applicants this year I know your decisions must have been difficult. As a full time student any kind of financial assistance is appreciated, and it is reassuring to know that industry professionals support students and education. I would also like to thank Stan Kazymerchyk, he does so much for Kwantlen students; not only in the classroom, but also within the industry; and he is a great mentor.

As a 2014 graduate from Kwantlen, I look forward to becoming involved in the turfgrass industry, and one day hope to be on the WCTA Board of Directors or awards committee selecting students for this very award. I am going into my sixth season at Sandpiper Golf Course and I look forward to another great year. I do not know exactly what my future career path looks like, but if I am surrounded with the knowledgeable and supportive industry professionals of the WCTA I will feel very confident where ever I decide to go. 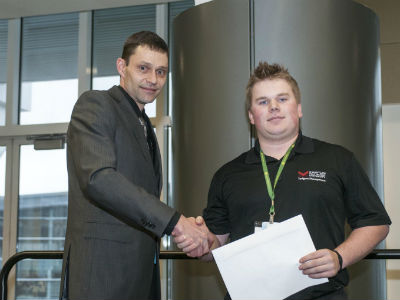 Dear WCTA Board of Directors,

I would like to take this opportunity to thank the entire Western Canadian Turfgrass Association for selecting myself as one of the 2014 Scholarship award recipients. It is a tremendous honor to be recognized by such an exceptional organization while I complete my final semester of the 2 year Turf Management Program at Kwantlen Polytechnic University. This scholarship award will greatly contribute financially to my studies and also the development of my career in the turfgrass industry.

Over the past 2 years as being a part of the Kwantlen Turf Club I have really got to know several different turf managers, and what has been clear right from the get go was how helpful and open each of them have been towards myself as a student. This is what makes this industry so unique is how everyone wants to see others succeed and they would also go that extra mile to help anyone that needs it.

I would also like to thank both Mr. Stanley Kazymerchyk and Mr. Jason Hooper for your mentoring and guidance over the years. Your continued support and confidence in me will help me to push myself into reaching my ultimate goal of becoming a Golf Course Superintendent.

In a letter to each of the students, Sorokovsky stated, "I’m sure the value of such an award will stay with you for years to come and perhaps at some point, it will be you making selections for a new generation of turf students.  Once again, congratulations and keep up the good work!  We trust that the education and experience provided by your Turfgrass Program will serve you well in the years to come and know that the WCTA will be there at your service.  We hope you will continue taking an active role in all association functions."