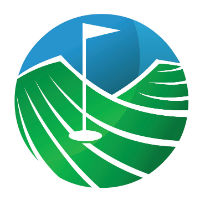 I hope is everyone is on track for a successful summer.  I haven’t had much of a chance to write an update because of spring startup and was lacking any new important information but that’s changed in a big way!

I’m very happy to report that last week, we received a cheque from the BC Ministry of Finance for $15,000!  When changes to IPM regulations were first announced and our committee had the chance to meet with Environment Ministry staff, it became obvious that higher costs related to pesticide use would be coming.   At that point, I began asking on behalf of the industry, for financial help from government in order to assist superintendents in compliance once new regulations were implemented.

MOE staff were doubtful stating funding wasn’t likely however I made a second request anyway only to be told there was no funding available.   Prior to this year’s conference, I continued to search for grants and did find some leads but did not have an opportunity to make application.

During the Presidents Reception at the WCTA conference in Victoria this spring,  I was made aware of an opportunity to meet Environment Minister Mary Polak in her office at the BC Legislative Assembly.  Committee representatives jumped on the chance providing her an update on our progress.  Near the end of our discussion, AGA-BC President Trevor Smith brought up the potential for funding, leading the committee to officially request financial assistance in order to complete our IPM Standard.

Minister Polak immediately provided a verbal commitment for the funding.  Less than 3 months later, with cash in hand, the committee will now seek professional help completing, formatting and posting the document.  We aim to distribute an RFP in the near future and are looking for a completion date of early fall 2015.

This is an amazing development and marks the first time our government advocacy efforts have resulted in direct government funding and we are very pleased they are willing to assist the golf industry in this way.

On another note, I recently learned that Gwendolyn Lohbrunner, MOE’s IPM Licence Officer and our “go to” person, (she is the one who spoke at the WCTA conference this year along with Christine Woodhouse), has left this position. We haven’t heard if they’ve hired a replacement, nor do we know if this will change the timing of new regulations but the committee will stay the course for this fall and keep everyone informed.

Finally I would like to welcome Jamie Robb, Capilano G&CC Superintendent, and AGA-BC Board Member, to the committee.  Stephen Kerbrat BCGSA President has decided to step down, thanks for all your efforts Stephen.

I would like to thank the rest of the committee for their efforts as well: Dean Piller, Greg Austin, Tab Buckner and Trevor Smith. With this group I’m confident we’ll continue on our successes.