Gary Perks – A Friend Who Cared About Others

Only a few people over my time as an adult have made a difference in my life, my career, Gary Perks was one of them.  Gary Perks is a name that today, few may know. We lost Gary in early March 2021 and our turfgrass industry lost an early influential giant. 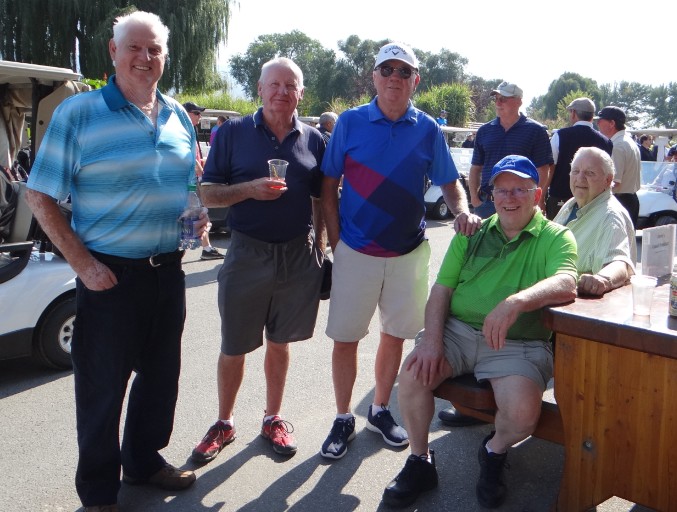 The WCTA former President, The Foundation Piece of the Fairview College program, The Superintendent at Shaughnessy and Point Grey Golf Clubs in Vancouver, The City of White Rock Parks Superintendent and the person hired by the City of Vancouver to run ALL of their golf courses in the City.  Gary was all these things.

Gary was always putting other people ahead of himself, a kind man, a man who was ahead of his time in directing his employees to get educated in the science of growing grass.

Gary would attend turfgrass conferences in the US on his own dime, with his first one being the Pacific Northwest Turfgrass Conference in Coeur D'Alene Idaho in the late 60's.  Many who worked for Gary,  gained on the course knowledge and went to school which Gary arranged through the Club, further gaining career education, opportunity and moving on to become Superintendents.

Brian Houston at Shaughnessy, Pat Differ at Point Grey, Rod MacDonnell at Hope, Terry Cutler at Vancouver GC, Ted Eithel at Nicowynd GC, all learned under Gary who helped create a career path for us.

It is difficult today to think about just when or how superintendents became part of the management structure of golf course operations, or property managers of multi-million dollar assets involved in the decision making process and not just employees but, Mr Perks, to his everlasting credit, helped that process within Clubs by being a champion of education.  Greenkeepers were the guys with dirt on their hands or muddy boots on.

Gary Perks was perhaps the first to explain to golf clubs the value in educating their staff.  Gary was also one of a few who went out to UBC to help establish the turfgrass research program, build the plots along with Doug Taylor and Steve Fushety and others superintendents.  Much of this ended up at Agassiz in the years afterwards.

In the early days of the 70's, Gary Perks was the only Superintendent in the area and maybe in BC, who had any formal education.  Gary got this from the University of Guelph in the early days of their program.  In going to the US shows, there were no 5 star hotels, no real plans at all, just a plan to learn. He was big on education as there were programs if you looked for them and Gary did.  BCIT, in the day, had a night school program that Gary convinced his employer to allow and pay for their staff to sit in classes for once a week.

Gary became (looking back now) an early adopter seeing the diversity of the job and creating structure for Clubs to follow, defending the strengths of young up and comers in this business.  Creating opportunity was what Gary did so young workers understood there was a future in the business to advance and perhaps be superintendents, to feed a family and actually earn a living being a professional.

Gary was a loving family man.  Gary and Donna had two girls (Tania and Melissa) who now are grown and will miss their father.  It is my hope that the girls know just how much their Dad meant to his friends, to be so respected and trusted as a brother by many and how instrumental he was in the career of many more.  Gary enjoyed friendship on the golf course as a player and the laughs afterward in his group of many friends.

Gary Perks had many adventures in his time and he was unselfish in every aspect of his life.  Always willing to help and always offering guidance with an experienced point of view when he felt it necessary.

A true friend and a wonderful Man.  RIP Perksie.  What Wayne Gretzky said about Walter I will say about Gary.  The world would be a better place if there were more people like Gary.