An Update from the Canadian Food Inspection Agency (CFIA):

Stay Alert: Japanese Beetle Detected Outside of the BC Regulated Area 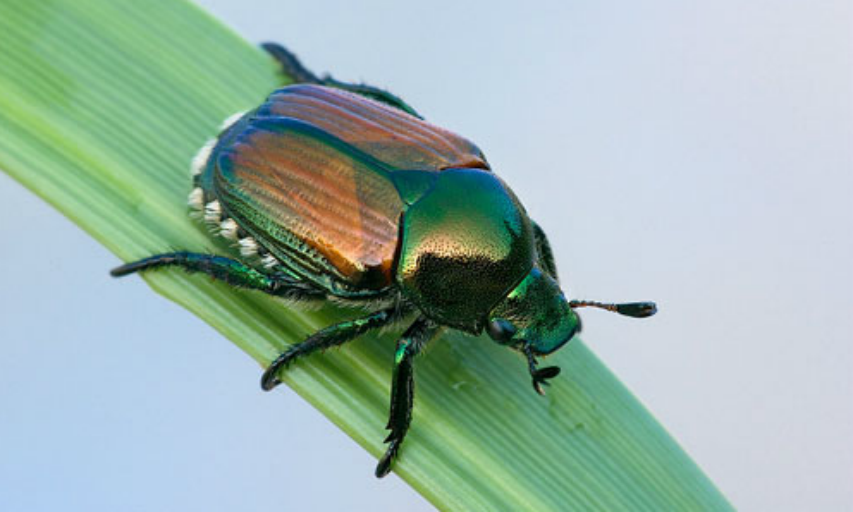 The Canadian Food Inspection Agency (CFIA) has detected a small number of Japanese beetles (Popillia japonica) outside of the Japanese beetle regulated area, within the cities of Vancouver and Burnaby. In Vancouver, the beetles were detected within a 3 km radius just south of the regulated area. The beetles found in Burnaby are located approximately 10 km from the edge of Vancouver’s regulated area. To help prevent the spread of this devastating pest, we are asking you to stay alert and report all suspect beetles and signs of beetle feeding damage.

The response to a detection of Japanese beetle outside the regulated area depends on several factors, including: the number of Japanese beetles found, the time of year of the detection, and the geographic distribution of those detections. The Japanese beetle eradication response partners continue to review results of ongoing surveillance efforts in order to determine appropriate responses which may include continued monitoring, movement controls and/or treatment in the vicinity of the detection locations.  Results from this year’s survey will be posted on the CFIA’s website at the end of the year.

Japanese beetle detections outside of the regulated area are not unexpected, based on experiences in other jurisdictions with active Japanese beetle eradication programs. Unintentional human-assisted movement of Japanese beetles via clothing, soil and plant movement, vehicles or other methods, is known to occur. Adult Japanese beetles are active flyers, but are unable to travel long distances on their own. Avoid moving soil, plants with soil, pruning waste and other plant debris from areas where this insect has been reported. Thoroughly clean gardening and lawn care equipment, including lawn mowers, regularly. Check your clothing and vehicles for hitchhikers. There are legal movement restrictions in place within the regulated area and a movement certificate issued by the CFIA may be required to move soil and plants outside of the regulated area.

If you see Japanese beetles or feeding damage:

Please take clear pictures, note the location of the finding and contact the CFIA as soon possible by email:  BCPF.Japanese.Beetle@inspection.gc.ca  or report the pest on our website: www.inspection.gc.ca/JB