Like many programs, the WSU Turfgrass Program (Research, Extension, and Teaching) came into fruition due to the effort of many people at the university and in industry.

Interestingly, the earliest turf research was not in Crop & Soil Sciences, but in Plant Pathology.  In 1941, Chester Gould joined the WWREC at Puyallup specializing in the control of northwest turf and bulb diseases.  Chet published the first turf related research in 1949 on fairy ring.

In 1948, a group of golf course superintendents approached College of Agriculture Dean Shaffer to seek WSU’s help in research and hosting an annual conference for their rapidly expanding industry.  Al Law, field crops professor in Agronomy & Soils, was assigned the task and the 1st Northwest Turfgrass Conference was held at Pullman.  Significantly, this turfgrass conference is the longest, continuously held turf conference in the USA (probably in the world).

In 1955, Al Law began teaching the first turfgrass class in the western USA (Turfgrass Culture).  During the 1950s, Ken Morrison, Extension agronomist, initiated one of the initial, if not the initial, turfgrass correspondence courses in the USA, thus, spreading the WSU program globally.  J.K. Patterson released ‘Cougar’ and ‘Cougar II’ Kentucky bluegrass cultivars and served as Roy Goss’ PhD advisor.

A major milestone occurred in 1958 when Roy Goss was appointed ½-time Research and ½-time Extension turfgrass specialist.  WSU now had its 1st full-time turf person.  Roy established the turfgrass research field lab at Farm 5 at Puyallup in 1958.  Roy and his wife Marcie, established the R.L. Goss Turfgrass Endowment in 1988 to support turfgrass research, and higher education and in 2006 the research farm at Puyallup was named the “R.L. Goss Research Farm”. 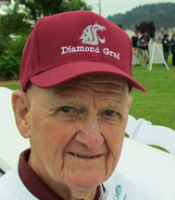 Goss’ research focused on turfgrass diseases, climate injury, and nutrient deficiencies, notably, N, P, and S.  Roy developed an international reputation at WSU and was awarded the Distinguished Service Award by the GCSAA, Pacific Seedman Assoc. Award, and the O.A. Vogel Faculty Award at WSU.  Gary Chastagner replaced Gould in 1978 and continued research in turf grass diseases for many years.  Shiou Kuo, soil scientist at Puyallup, also worked with Roy and Stan Brauen on the relationship of lime, phosphorus, and aluminum on annual bluegrass and bentgrass during the 1980s.

Possibly the most dramatic year for the WSU Turf Program was 1980.  Stan Brauen, forage agronomist at Puyallup, assumed Goss’ research appointment when Roy shifted to 100% Extension.  Stan worked on many areas of turfgrass management (fertility, weed control, diseases, etc.), but his most notable contribution was the release of ‘Putter’ creeping bentgrass, which was a highly successful cultivar for Jacklin Seed Co.  Also, in 1980, as WSU was deciding between a forage and turf position at Pullman, a group of eastern Washington parks and golf course superintendents lead by Sam Angrove, Bud Ashworth, Herb Brown, Tom Wolf and others convinced College of Agriculture Dean Robins that serving the turf industry needs was the better of the two options.  Bill Johnston was hired, replacing Al Law, to teach, conduct turfgrass management research, and develop the undergraduate turfgrass major, which at the time had one student.  Under Bill’s guidance the turf major experienced dramatic growth peaking at 35 students in 2002.  During the recent “recession” student numbers began to decline, but have currently stabilized at 13-17 majors.  Notably, essentially 100% of WSU turf majors found jobs in the turf industry upon graduation.   Approximately, 300 WSU turf majors are today making contributions to the turf industry in the PNW and across the USA.  In recognition of his dedication to advising, teaching, and the development of young turfgrass professionals, Bill, aka “Dr J”, was awarded both the “Outstanding Advisor” and “Outstanding Teacher” of the year in the college. 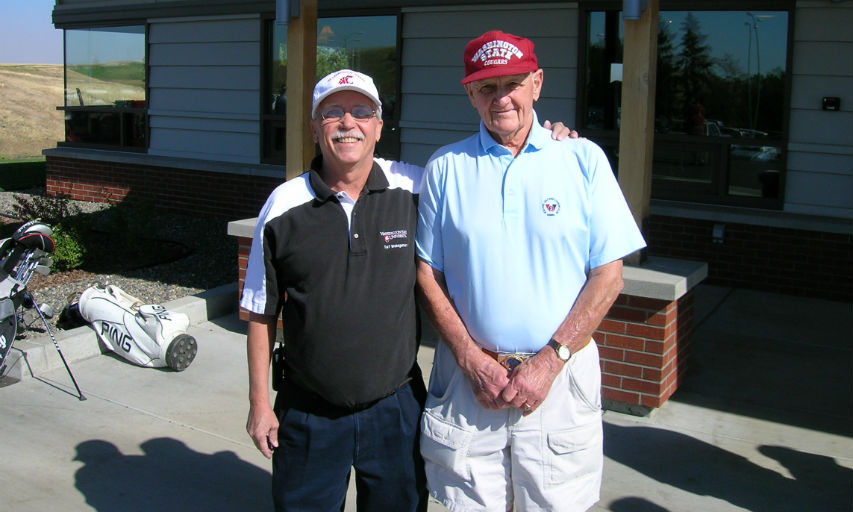 Bill and his research technician, Charles Golob, developed two research sites at Pullman.  The current 6-acre site, the Turfgrass and Agronomy Research Center, is one of the best equipped and maintained university turfgrass research facilities in the western USA.  Due to its unique location, and lack of other turf programs, the WSU turf program at Pullman served the turfgrass industry and public over a vast geographic area from the Cascades to the Rockies and from southern Canada to Utah.  Thus, the Pullman program has been quite diverse.  Species, cultivars, and germplasm were evaluated for adaptation to the intermountain PNW, snow mold disease control and management was conducted for 20+ years, and a continuous effort to control Poa annua with herbicides (‘Tenacity’, ‘Xonerate’, ‘PoaCure’, and microorganisms) was ongoing.  Research lead to the labeling of numerous products (‘Acclaim’, ‘Finale’, ‘Tenacity’, ‘Instrata’, etc.) for use in WA, ID, and MT by the turf industry.  Environmental studies were funded by the USGA on nitrate and PCNB leaching at the Coeur d’Alene Resort GC floating green and by the City of Spokane on the use of reclaimed water for golf courses.  The USDA funded studies on pollen flow and glyphosate resistant hybridization in Agrostis and diversity in Kentucky bluegrass germplasm.  In addition, several hundred presentations and reports were delivered to the public and industry during Bill’s 36 years at WSU.  In 2016, Bill was awarded a GCSAA distinguished service award for a lifetime of leadership, commitment, and service to the PNW turfgrass industry.

In response to the needs of the grass seed industry, Bill initiated a turfgrass seed production research program in 1987.  Initially working on weed control (wild oats and downy brome) and diseases (ergot, silver top, and rust), the research focus shifted to working with growers to identify alternatives to the practice of open-field burning of Kentucky bluegrass.  Bill and Charles worked with the grass seed industry (IGGA and WTSC), the Washington Dept. of Ecology, and the USDA for 20+ years on the field burning issue.  In addition to the ground breaking research quantifying emissions from field burning of Kentucky bluegrass the program developed bluegrass germplasm that would produce acceptable seed yield and turfgrass quality without field burning.  Bill attended 100+ meeting of the Dept. of Ecology’s Agriculture Burning Practices Research Task Force representing academia. 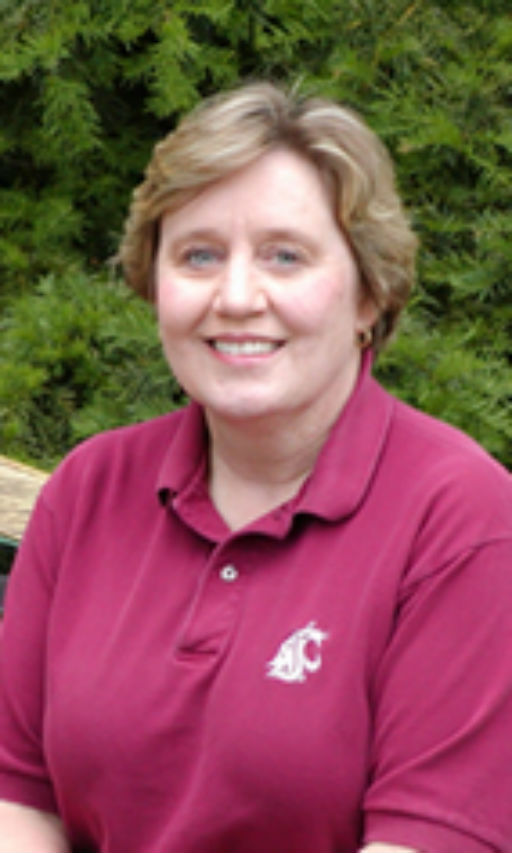 Roy Goss retired in 1988 and Gwen Stahnke was hired at Puyallup with a 75% Extension/25% Research appointment.  From 1988 to 2013 Gwen gave hundreds of extension presentation to the industry and the booming population of Western WA.  Gwen’s research focused on crane fly control and Gwen was regarded as a world leader in crane fly research.  She also conducted turfgrass research on phosphorus and the identification of Pythium species.  Gwen continues to be involved in the turf industry nationally (GCSAA “Turf Bowl”) and regionally as an Instructor of Turfgrass Management at Walla Walla CC where she was recognized in 2016 by Elite American Educators for her dedication, achievements, and leadership in turfgrass.

Eric Miltner replaced Stan Brauen in 1998 (Stan retired 1999) with a 100% Research appointment in turf.  Fertility and nutrient management (primarily N and P) were the focus of his research program.  Eric also made contributions in environmental turfgrass research, a key issue in the environmentally sensitive Puget Sound region, on the accumulation of soil P from natural organic sources, water quality monitoring on golf courses, and compost contamination with clopyrolid. 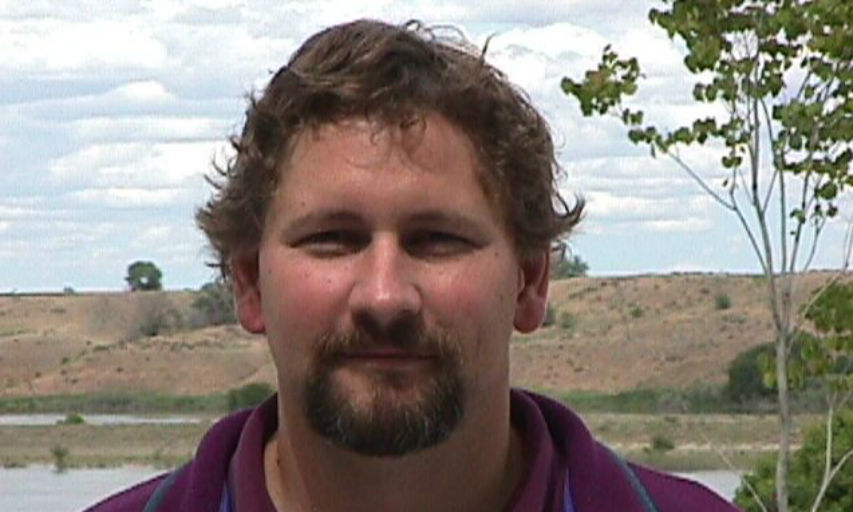 Eric left WSU in 2011 and currently works for KOCH Turf and Ornamental, Gwen left WSU in 2013 for WWCC, and Bill retired in 2016.  WSU and industry stakeholders are currently redefining the WSU Turfgrass Program to meet the needs of the public, industry, and students for, hopefully, the next 75 years.

Editor's note:  The WCTA has had a productive relationship with WSU for decades and wishes the turf management faculty and researchers all the best over the next 75 years!