Dr. Bill Johnston, emeritus professor of Turfgrass Management at Washington State University and a great friend of the Northwest Turfgrass Association, died Sunday according to a letter released by WSU. 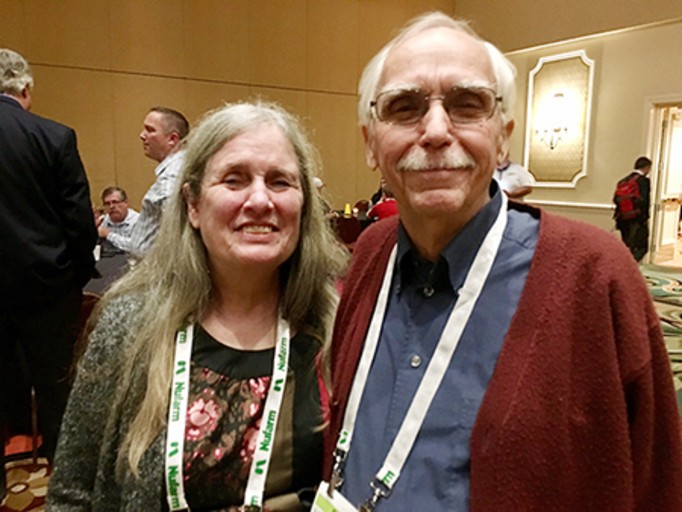 Details of his death were not released. He did, however, suffer a serious fall in his home on New Year’s Day.

Dr. Johnston was a faculty member at WSU for 35 years. Besides leading the WSU turfgrass program for many of those years and mentoring countless golf course superintendents in the Northwest, Dr. Johnston was a frequent speaker at the NTA annual conference and kept NTA members informed with his numerous research studies over the years.

“I would say his whole career he was active with his students, always took them on field trips,” said Jeff Gullikson, the superintendent at Kalispel Golf & Country Club in Spokane and a WSU turfgrass alum. “That was kind of a high point with him.”

Gullikson started at WSU in the fall of 1981 and was the first four-year turfgrass student Dr. Johnston had at WSU. He graduated in 1985, got his masters in 1987 and is among a long list of WSU graduates from the Dr. Johnston era who went on to be golf course superintendents in the Northwest.

“He had a large impact on the superintendents’ industry,” Gullikson said.

And after Gullikson became the superintendent at Kalispel, he would let Dr. Johnston and his current crop students stop by for field trips.

“That was a big thing for him,” Gullikson said of Dr. Johnston’s field trips, “stopping at golf courses, turf farms and baseball fields.”

In a letter Monday to WSU faculty members, Dr. Richard T. Koenig, the chair of the Department of Crop and Soil Sciences at WSU, wrote, “Many knew Bill and his wife, Ellen, personally. Even in retirement, both were always present at department social and recognition events. Bill will be missed. Our condolences to Ellen Johnston.”

Dr. Johnston last spoke at the NTA Conference in 2017 at Suncadia with a talk on bio control of poa annua.