Business of Golf Taking a Hit with Ontario Lockdown

Carrie Julie tries not to look at the clock anymore, but it’s difficult. Every nine minutes that ticks by means the loss of revenue for her golf course. For her business. It’s revenue that can’t be made up and it comes at a crucial time of year for her and every golf course operator in Ontario. 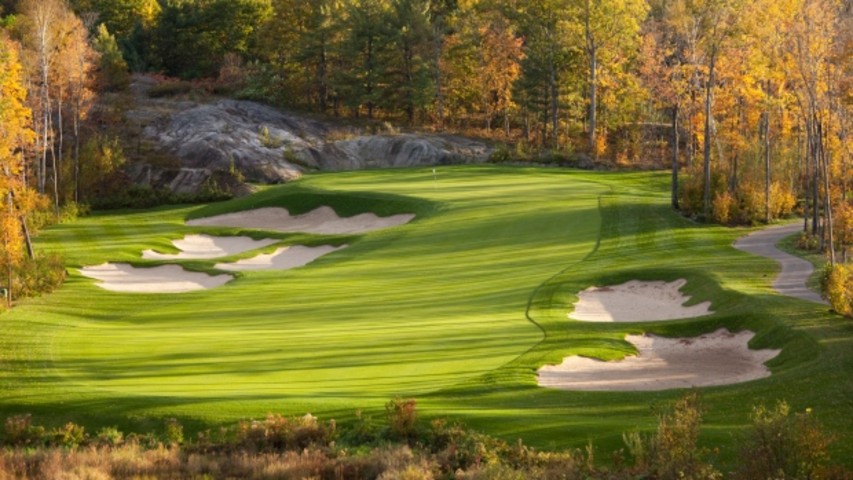 “Every time we lose a tee time, things get more dire,” said Julie, whose family owns the Sawmill Golf Course in Fenwick, Ont.

As with every one of the 800 golf courses in the province, Sawmill is fighting to survive. What is normally the busiest time of the year is now the slowest. Staff has been laid off, operations have been scaled back and events have been cancelled.

While much of the focus on the Ontario government’s decision to keep golf courses and other recreational activities closed has focused on the inability to play golf, the business side has been hammered.

And it is a big business. In normal times, golf in Ontario is worth $6.5 billion to the provincial economy and is responsible for approximately 100,000 jobs.

It is also no different than a myriad of other small businesses in Ontario that are shuttered due to the stay-at-home order in place. The difference is that it could be up and running safely. Golf proved that last year when 22 million rounds were played without one case of COVID transmission.

On Thursday, despite plenty of medical experts saying it could be played without harm and numerous city mayors pushing for re-opening, Premier Doug Ford dealt golf operations another blow by extending the shutdown until June 2.

He said that part of his reason for keeping courses closed was based on his knowledge that his pals who play golf aren’t following the rules.

“They pick up another buddy, two or three go out, go golfing, there’s nothing wrong with golfing,” Ford said during a news conference. “The problem is, then after golf they go back, they have some pops. That’s the problem.”

There’s little evidence to show this type of behaviour is widespread but plenty to indicate courses are struggling.

“I don’t think they understand the financial impact this has on us,” said a distraught Julie.

She has cancelled 18 clinics set up for the month of May and is worried about having to refund players who have signed up for seven different leagues that were supposed to be well under way by this time. Next week, Sawmill was supposed to start clinics for 400 junior golfers, but those have been postponed.

The staff at the course has also dropped from 30 to six. The 24 not working include people trying to pay their mortgage or rent and students looking for money to pay for school, Julie said.

It’s a similar situation at the Listowel Golf Club in Listowel, Ont. Brendan Parsons, the director of operations, said that in a usual week they would put through 1,500 rounds on the 27 holes but that’s now zero. The staff complement has gone from 60 down to 20, with many of those still working doing jobs they wouldn’t normally do.

“I’ve got admin staff working in the kitchen [preparing takeout meals] and people are doing whatever they can,” Parsons said. “They’re happy to keep working but everyone is getting frustrated – staff, golfers, everyone.”

Part of the frustration comes from the reasons the government has given for refusing to re-open courses. One was that players socialize in the parking lot after a round. But Parsons said that he has staff to police that area to prevent post-round libations. That’s the same at most facilities in the province. It’s golf and go home.

Another is that golfers travel great distances to reach courses, but the National Golf Course Owners Association showed that 85 per cent of play in Ontario is within a golfer’s home region.

“They have a lot of talking points as to why golf is closed,” said Parsons. “But I just don’t know where they’re getting it from. Nothing they say is what’s actually happening.”

Rob Howell, the general manager at the Metcalfe Golf Club, is equally frustrated. Last year, his course enacted some of the strongest protocols in Ontario to ensure safe play, including making green fee payments and pro shop purchases all take place outside. When patios were allowed to open, the course took extra time to ensure that it would done properly. No one other than staff was inside any building at Metcalfe all of last year.

“We’re trying to stay hopeful but it’s tough,” said Howell, who estimates the shutdown is costing his course $7,000 to $8,000 a day. “We’re a small business and we’ve done everything asked of us as far as safety. We’ve showed golf can be played safely and yet we’re still closed.

Howell’s irritation at the closure has led him to try and get answers from the provincial government, but so far he’s received no response.

“I’ve written 50 pieces of communication to everyone from my MPP to the Ontario Jobs and Recovery Committee to members of cabinet,” he stated. “So far I haven’t received any answers.”

Howell hasn’t given up. He remains persistent in his attempt to reach government officials and wants them to know the pain that’s been inflicted on golf businesses and to get answers for the closure.

Courses aren’t the only ones suffering. Teaching professionals are also hard hit, especially since the busiest time of their year is in April and May.

“Everyone wants to get better at the start of the year,” said Steve Auger, who teaches at Trillium Wood Golf Course in Corbyville, Ont. “Once Labour Day hits, my business slows to a halt. No one is buying a 10-lesson package then. That’s why these early weeks are so important.”

When the first stay-at-home order closed courses on April 17, Auger was booked solid for seven weeks and was looking forward to another good year. Now he estimates he’s lost about $30,000 in lesson revenue.

“I will definitely have to pivot in my off-season,” he said. “I’ll have to live a little differently.”

It’s the same for Nick Starchuk, one of the province’s highest-profile instructors who works at TPC Toronto at Osprey Valley. By the end of March he was booked solid through the end of May. He also had sold-out, half-day clinics scheduled until the end of July. But now everything is either lost or in flux.

“It’s tough to swallow, just to sit here and not be able to do what I love, to be out on the range and helping people,” said Starchuk, who estimates he has already lost around $35,000 in lesson fees.

He’s tried to make up some of that through virtual instruction as some professionals have, but finds it difficult to get the same one-on-one connection. Even the home studio he uses to teach in the winter is off limits during the shutdown.

The next few weeks will be difficult for anyone with a stake in the business of golf, especially as the weather warms and the rest of Canada allows golf. For now, it’s a case of waiting and hoping the season opens on June 2.