National Award Given to Canada's Most Promising Sportsfield Manager 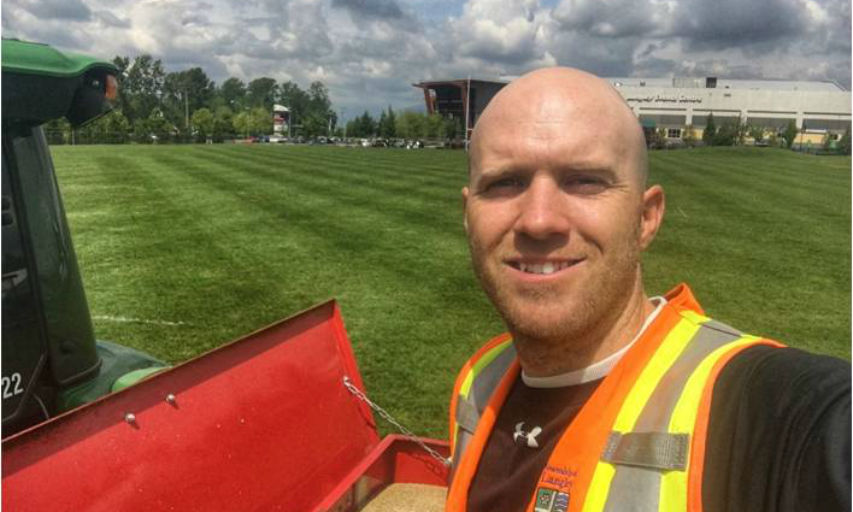 Josh, who works as the Equipment Operator and Operation Maintenance Worker at the Township of Langley, BC, was highly recommended for the Sports Turf Canada scholarship, receiving many notes of support.

Josh has received a number of awards, including the TerraLink Horticulture award in March 2017, the Pat Dooley Memorial Award in April 2017 and the Ralph and Grace Fisher Endowed Horticulture Award in March 2016.  Josh is the Past President of Kwantlen Polytechnic University’s Turf Club.  He has been involved with hosting and volunteering in three successful golf tournaments.  His Turf Club  "Golf Rounds for Research" contest has raised $4,000 annually for Turfgrass Research. Josh has worked with the Turf Club to assist with the installation of USGA sand and local sod for the Solomon Island’s embassy in Brookswood, BC and volunteered at the PGA Champions Tour on Vancouver Island.  He has found he can apply what he’s learned both in school and on the job at these events.

In October 2016, Josh helped with the First Green event at McLeod Athletic Park in Langley, BC which we have shared with our members.  Josh has worked for the Fort Langley Golf Course previously.  His very first job was cutting his neighbours 84 acres of lawn over three properties.  He didn’t think then that he would be managing turf today.  What started his interest in turf management?  In 2013, while working in Vietnam, across the street was a brand new Greg Norman designed links style golf course.  He connected with the General Manager and Superintendent and during his last five months in Vietnam, he asked them what he could do to help in exchange for some free golf.  They asked him to teach their caddies about golf and also introduce some English.  He agreed and from there he played golf every day and when the Superintendent had time, he would show Josh fertilizer applications, irrigation programs and installations and mowing techniques.  Josh’s goal is to become a Sports Turf Manager.

Josh was interested in applying for the scholarship to assist him in finishing his Turf Management diploma and then enter a third year business diploma so he will have an understanding of all sides of the turf industry to directly apply it to the role of Sports Turf Manager when and if he gets the opportunity. 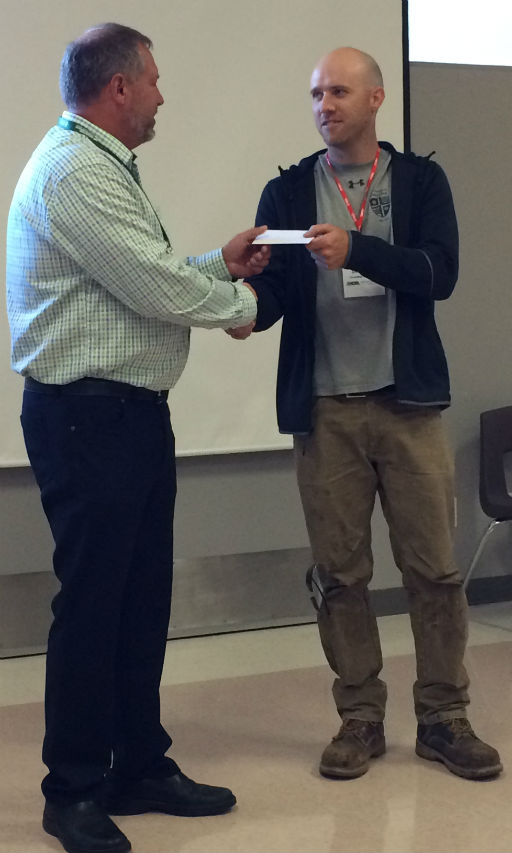 Josh devised a “how to train the trainer” program structure complete with a descriptive video.  The word STANDARDS can be used as a tool for his recommended program.

You can check out the video at:  https://www.youtube.com/watch?v=9FaE5EEXtss

What do others says about Josh?

Ashwant K Dwivedi of the Consulate General of Solomon Islands says “Apart from being responsible, Josh is a very trustworthy and talented young individual.  He always strives to learn and apply his learning to the highest standards.  He has also proven his ability to maintain confidentiality.  He has always met his deadlines ahead of time in delivering on his targets.”

Stan Kazymerchyk of Kwantlen Polytechnic University said “Josh is clearly in the “Leadership” category of people.  I have no doubt Josh will become an extremely effective Turf Manager in the near future”.

Josh, as you have read, is very engaged in and passionate about the industry.  Congratulations Josh!!!