According to the World Golf Foundation, Canada has one of the highest per capita golf participation rates in the world. Thus, it is no surprise that First Green field trips -- bringing kids to golf courses for hands-on science field trips -- would find a receptive audience in Canada.

WCTA is a strong association for both the golf and the sports field industries, and choreographed the inaugural First Green field trip on a sports field in 2016. Presented by the Township of Langley’s Parks Operations Department in partnership with Kwantlen Polytechnic University (KPU), Western Canada Turfgrass Association (WCTA), and Sports Turf Canada (STC), the event was held to give Grade 9 students from Langley Secondary School a first-hand look at how sports fields are designed, constructed, and cared for. Also observing the field trip were a city councillor, the acting superintendent of schools, the high school principal and the teacher. WCTA maintains strong ties to governmental officials at all levels and invites these officials to be at First Green field trips.

At WCTA’s invitation, First Green has participated for the past three years in their annual conference and trade show. At the February 2017 54th Annual Conference & Trade Show in February in Penticton, British Columbia, First Green had a booth, and talked with superintendents interested in starting First Green programs at their courses and sports fields. New local programs are being planned in both British Columbia and Alberta. 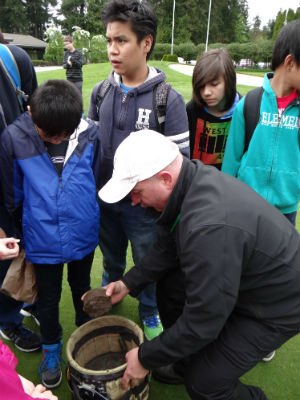 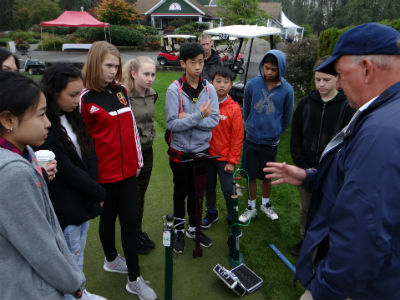 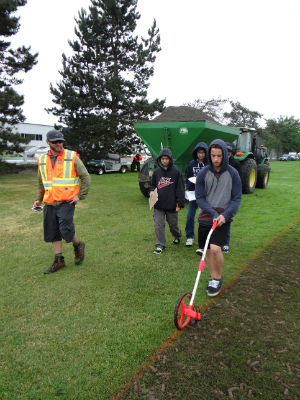 In March, First Green was invited to attend the United States Golf Association’s (USGA) 2017 North American Golf Innovation Symposium held in Vancouver, British Columbia. The summit was hosted by the USGA and supported by Golf Canada and the Mexican Golf Federation and gathered leaders in the golf industry to share knowledge and advance the game. WCTA was also involved, providing another opportunity for First Green and WCTA to meet and talk about programs and marketing.

First Green is now in launch mode in Eastern Canada. On April 5, Stan Kazymerchyk, WCTA board member and Turf Management instructor at Kwantlen Polytechnic University in Langley, British Columbia, travelled to Eastern Canada, and held a Train-the-Trainer session at Guelph University with a turfgrass professor, a superintendent and a sports field manager.

"First Green is excited to play a part as golf courses in Canada reach out to their local communities," says Karen Armstead, executive director at First Green. "We have enjoyed working with the WCTA as they expand First Green’s presence in Canada."

About First Green
First Green is an innovative environmental education outreach program using golf courses as environmental learning labs – the only program of its kind. First Green has extensive resources for golf course superintendents, including online lesson plans.
First Green has been providing STEM (Science, Technology, Engineering and Math) learning since 1997.
Golf course superintendents and/or local golf course representatives host students on field trips where they test water quality, collect soil samples, identify plants, design plantings, assist in stream bed restoration and are involved in the ecology and environmental aspects of the golf course. The students are also introduced to many other aspects of golf.
A tax-exempt nonprofit, First Green was founded in the State of Washington in 1997 and is expanding internationally. For more information and to view introductory First Green videos, visit www.thefirstgreen.org.

About the WCTA
The WCTA is a 700+ member, inter-provincial, not-for-profit industry organization whose purpose is to promote the interchange of scientific and practical knowledge through education, discussion, research and to undertake advocacy relating to the care and management of turfgrass.