Bees and Pesticides - The Connection to Golf Courses 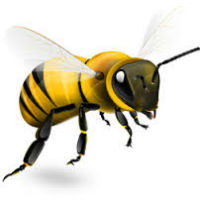 Bees are dying.  It has been all over the news this year.  We are told there is a connection to pesticides.  Is there a connection to golf courses?  Let’s review the most recent information and discuss possible implications for the industry.  Expect to be surprised! 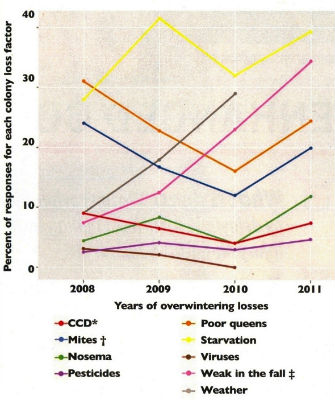 (#1) About the chart: Causes of honeybee colony losses as reported by domestic-market beekeepers. Summary from annual surveys conducted by US Department of Agriculture and the Apiary Inspectors of America. Published in Good Fruit Grower Magazine, March 2014

There are many factors that cause bee mortality over the winter.  Beekeepers themselves report 9 different reasons, including varroa mites, Nosema fungi, poor nutrition and very cold temperatures.  Direct exposure to pesticides is one reason reported by beekeepers.  Annual surveys conducted in the USA indicate this factor may account for under 10% of honeybee losses. 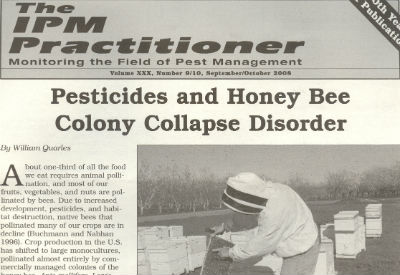 The problem is not new.  Bee mortality has been happening for over 60 years, for many different reasons.  What changed recently is the type of bee mortality.  The discussion is not so much about dead bees that are visible but rather dead bees that are not seen.  Beekeepers open their hives in the spring and note a large number of bees are missing.  There are no dead bees inside or outside the hives.  There are no opportunistic invaders inside the hives.  The bees are not returning home and are presumed dead.  The problem has been called “Colony Collapse Disorder” (CCD for those who like acronyms).  It was first formally reported in France in 1994.  A similar situation occurred in the United States in 2006 and in Germany in 2008.  According to the Canadian Association of Professional Apiculturists, beekeepers expect losing 15% of their colonies over the winter.  Over the past six years, the loss of honeybees across Canada has averaged 30% annually.  Last winter, the loss of honeybee colonies was 25% across Canada and 58% in Ontario alone. 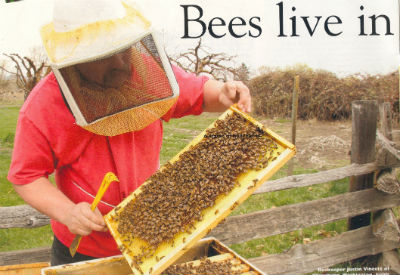 What is the cause of Colony Collapse Disorder?  At this time, nobody knows for sure.  Many stresses are implicated, including parasitic mites, viruses and cold winters.  Is there an impact related to the use of neonicotinoid pesticides?  Some scientists think the bees are made weaker after exposure to these pesticides and become more susceptible to mortality from other stresses.  Neonicotinoids are pesticide products introduced in the 1990s for use in agriculture and horticulture.  They have gained popularity because of their low toxicity to humans and their effectiveness against insect pests.  European scientists were the first to make a connection.  Italian scientists reported that bees exposed to neonicotinoid pesticides in the field later developed higher levels of virus infection after contact with Varroa mites.  A restriction on the use of these products in France and Germany has coincided with a dramatic recovery in bee hive winter survival.  In December 2013, a 2-year ban was imposed across Europe on any use of neonicotinoid pesticides on crops that may be visited by bees. 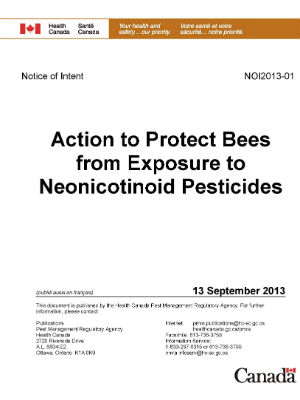 In Canada, the problem was raised by the Pest Management Regulatory Agency (PMRA) after reports of extensive bee mortality in Ontario and Québec in the spring of 2012 and again in 2013.  The PMRA concluded that 70% of dead bees had residues of neonicotinoid pesticides, against a very low percentage in unaffected bees  Interim measures were immediately implemented regarding the use of neonicotinoid pesticides for seed treatment of corn and soybean. 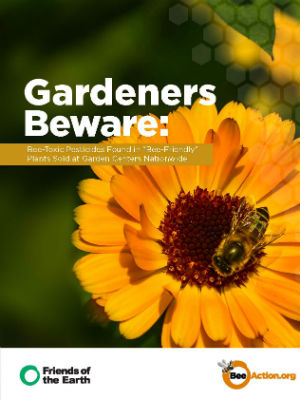 (#5) Source: Document available at Friends of the Earth, website http://www.foe.org/beeaction

Bees and pesticides - environmental groups jumped on the story.  In 2013, the US based “Friends of the Earth” reported that 54% of common garden plants purchased at retail stores contained neonicotinoid residues.  In 2014, the group published a similar study for plants purchased in Canada. 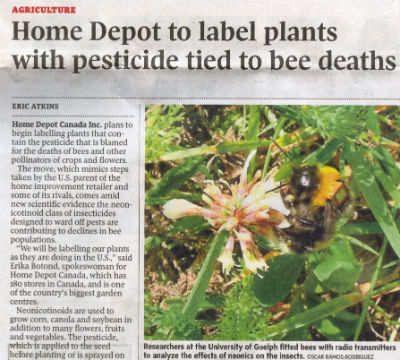 All these reports had repercussions.  Earlier this year, Bailey Nurseries, one of the largest in the United States, announced it will “eliminate” all foliar treatments with neonicotinoid products.  This past summer, Home Depot Canada announced it will be “labelling plants that contain the pesticide that is blamed for the death of bees”. 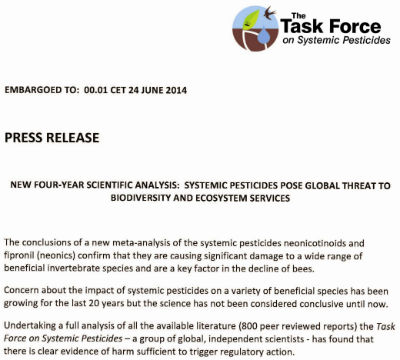 Studies in the scientific press were published in rapid succession this past year.  In June, the European-based “Task Force on Systemic Pesticides” analysed 800 peer reviewed reports and concluded that neonicotinoids “are a key factor in the decline of bees”.  In July, the journal Functional Ecology published a paper on bumblebees foraging behaviour.  The co-authors (including a Canadian researcher at Guelph University) concluded: “Our results show that neonicotinoid exposure has both acute and chronic effects on overall foraging activity.” 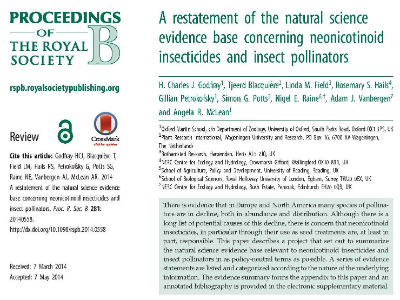 A comprehensive review of available scientific information was published earlier this year.  An international panel of scientists called for “an evidence driven debate” on the topic.  Said the lead scientist: “Pollinators are clearly exposed to neonicotinoid insecticides – but seldom lethal doses.  We need a better understanding of the consequences of realistic sub-lethal doses to the insect individual, bee colony and pollinator population.”  Many persons claim that honeybees do not absorb enough neonicotinoids in the field to suffer ill effects, and these pesticides have replaced older products that were much more dangerous to the health of bees and humans. 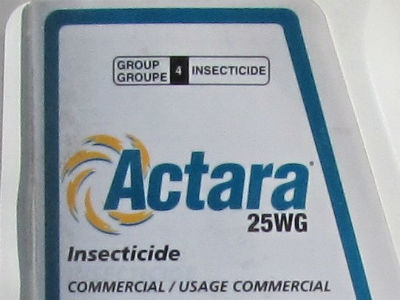 (#9) More information about grouping of insecticides from the Insecticide Resistance Action Committee at the website http://www.irac-online.org/documents/moa-classification/?ext=pdf

What are the neonicotinoid pesticides?  They are identified as Group 4 insecticides on the pesticide container.  This group of insecticide products have systemic activity – they are absorbed by the plant and transported to untreated plant parts.  Since their introduction in the 1990s, their use has expanded to comprise about 30% of the insecticide market.  They are commonly used in food production and for seed treatment ahead of planting. 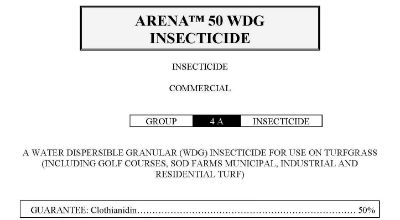 (#10) Front panel of the insecticide Arena, labelled for use on turfgrass. The group category (4a) is clearly displayed and indicates the product is a neonicotinoid.

In Canada, six active ingredients of neonicotinoids are now registered for commercial use.  Neonicotinoid insecticides registered for use on turfgrass are Merit, Quali-Pro Imidacloprid, Arena and Clothianidin. 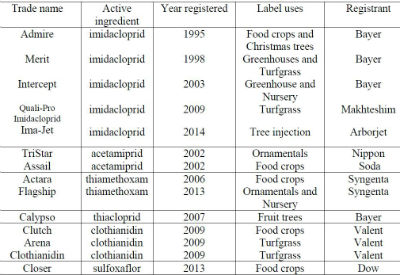 Partial list of commercial insecticides registered in Canada that are made from neonicotinoid active ingredients.  Source: Pest Management Regulatory Agency website at http://www.hc-sc.gc.ca/cps-spc/pest/registrant-titulaire/tools-outils/label-etiq-eng.php 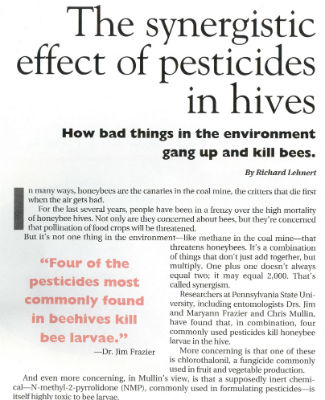 The story does not end with neonicotinoid insecticides.  Researchers are now examining the impact of pesticides used in sequence.  They call it “synergy”, the combined action of two agents that together increase each other’s effectiveness.  In this case, one plus one does not equal two – it may equal 7.  Fungicides are not normally a threat to bees, but they may act as synergists and increase the toxicity of insecticides by a factor of seven.  Researchers at Pennsylvania State University have found four pesticides which kill honeybee larvae in the hive.  One product is chlorothalonil, sold as Daconil and Bravo.  Adult bees are not killed by direct contact but take pollen with fungicide residue into the hive to feed the larvae. 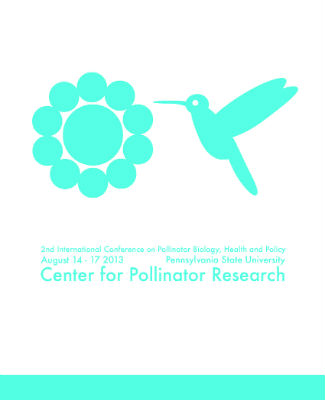 At the 2013 International Conference on Pollinator Biology, Health and Policy, held at The Pennsylvania State University, one study found blue orchard bees and alfalfa leaf-cutter bees had trouble finding their own nests after foraging in outdoor fields that researchers sprayed with the fungicides Rovral (iprodione) or Pristine (pyraclostrobin and boscalid). 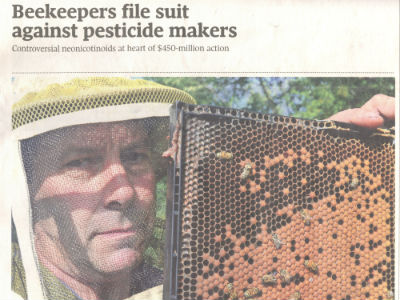 This story will not go away.  In early September, beekeepers in Ontario filed a lawsuit seeking $450 million in damages, alleging unrecoverable costs and lost profits as a result of neonicotinoid use on plants and crops.  In the United States, the Environmental Protection Agency has a target date of 2015 to complete its review of neonicotinoid pesticides and their impact on bees.  That means many years with more discussion and studies, each conclusion being slightly different than the previous one. 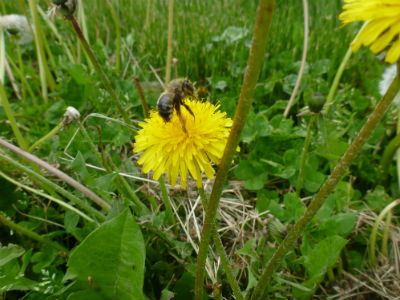 (#14) To reduce bee exposure to pesticides, control blooming weeds such as dandelion before applying insecticides to near-by plants.

The use of neonicotinoid insecticides on turfgrass is limited in British Columbia.  The concern with these products is larger in Eastern Canada where the products are applied to control European chafer, Japanese beetle and other insect pests.  Still, the topic is now in the general press and a cause for concerns by members of the public.  Bees are important and everybody wants to see a healthy bee population.  Golf course superintendent would be wise to stay informed on the topic and implement measures to address the expected public concerns 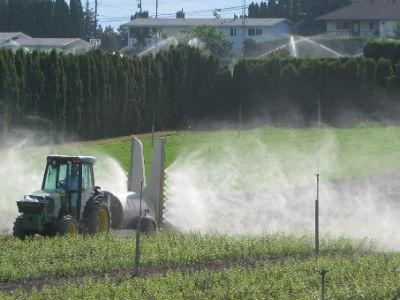 (#15) Drift management is important to protect bees. Pesticide applicators must have a sound understanding of their equipment and the impact of weather conditions on the transport of pesticide particles away from the target area.

What is there to do?  Remain alert to new information on the topic.  The story will remain in the news until firm conclusions can be made.  It is likely the neonicotinoid insecticides will continue to be available.  However, their use will be scrutinized or restricted and the registration of new active ingredients will be severely delayed.  In the meantime, many suggestions can be made to persons currently using pesticides.

1) Reduce the use of neonicotinoid insecticides. In some situations, other less-toxic products can be used.  If no replacement is available, prompt action is required by industry officials to register alternative products.

2) Avoid spraying plants in bloom with either insecticides or fungicides. The flowers will likely be visited by foraging bees.  The less exposure to pesticides, the better for the bees.

3) Avoid drift to near-by plants and standing water. Bees may drink from standing water and bring to the hive the contaminated water.

4) Provide alternate habitat. Food and nesting sites away from pesticide treatment areas will provide a refuge for bees and reduce their potential exposure to pesticide residue. 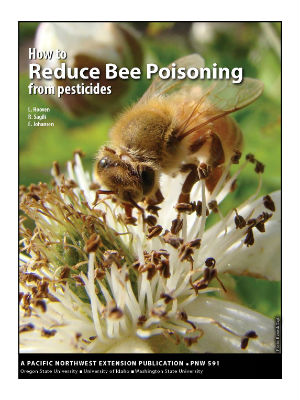 (#16) Many publications offer useful suggestions to reduce bee poisoning. This publication from Oregon State University is available at the website http://wasba.org/how-to-reduce-bee-poisoning-from-pesticides-pnw-591/

For a PDF of this article, click on attachment link below.