Peter Sorokovsky, Head Superintendent for Golf Burnaby, the department that maintains and runs the four golf facilities for the city makes it clear... 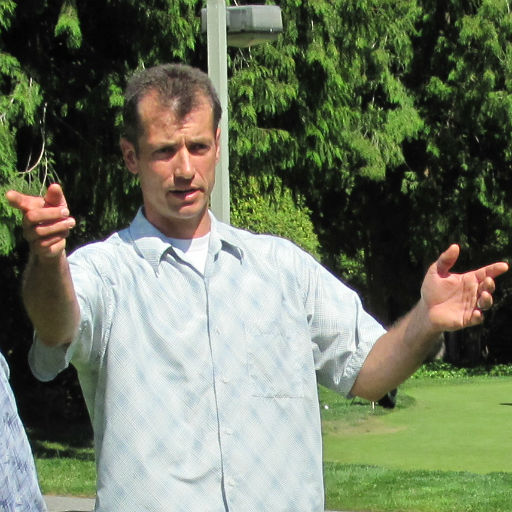 “We, at Golf Burnaby, believe that the benefits of a healthy and well-maintained turf plant not only produces a great playing surface, but also provides environmental benefits as well.”

Sorokovsky goes on to explain some of the science behind the point of view.

“Turf grasses slow down the speed and reduce the force of flowing water. And this benefits the groundwater reserves because it's absorbed in the soil. Sediment that has been picked up by the water is always trapped within the stand of turf grass. This prevents many of the air-borne pollutants and other chemicals that rain water gathers from ending back in our water system. Instead, the pollutants enter the soil where they are broken down safely.”

Other advantages include oxygen replenishment and allergen reduction. Urban environments lack green space and the average 18-hole course can produce enough oxygen for 10,000 people.  Well managed turf grass also helps reduce pollen production by preventing the growth of ‘weedy’ species that produce significant amounts of airborne pollen. Dust and other airborne allergens are also prone to getting trapped within stands of turf grass.

Some of the other benefits are a little more technical.

Plants absorb water through the roots and then give off water vapour through pores in their leaves (transpiration) which has a cooling effect that lowers the temperature of air around turf grass plants. Studies have shown that the amount of heat given off by bare land or poorly maintained turf is substantiality more than that of healthy, well maintained stands of turf grass. The gain for
us is that air conditioning can be significantly reduced, conserving energy for other uses.

Carbon removal (and oxygen creation) is good in of itself but the specific make-up of turf grass has an added benefit.  Compared to other types of ecosystems (e.g. trees), its ratio of below-ground
biomass to above-ground biomass is comparatively large so more carbon stays underground which is a more stable form of storage. Studies show that a hectare of golf course turf is capable of sequestering one-ton of carbon into the soil every year for 30 years.

While not technically “environmental”, turf grasss also has other advantages for human safety. Healthy turf grass serves as a barrier to fire and can prevent fires from spreading. Well maintained lawns also deter insect pests from invading.  Rodent pests are typically deterred from crossing large areas of turf. Turf grass is also a ‘soft surface’ and that is important for a variety of sports.  Statistics indicate that injuries are reduced on natural turf grass compared to artificial surfaces. It also offers a safe, resilient surface for children, who can be prone to injuring themselves while playing. 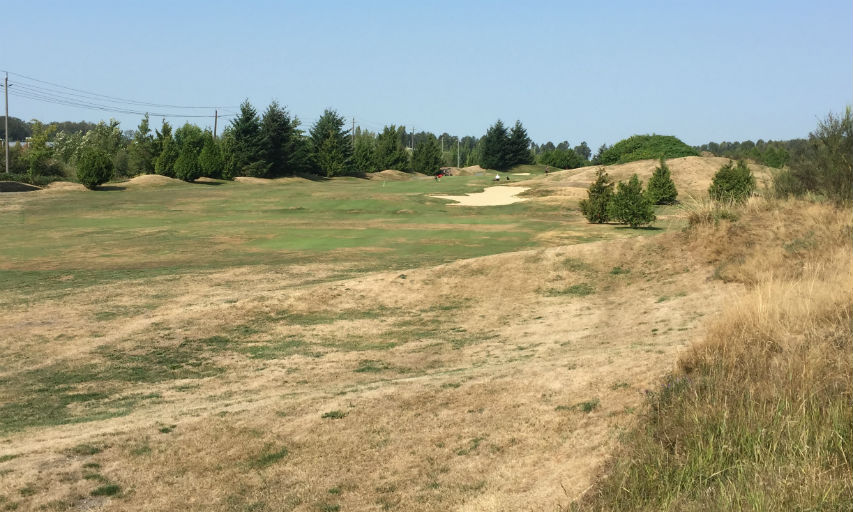 Peter Sorokovsky explains the effects and costs of not being able to water their turf during the drought of 2015.

“After the summer drought in 2015, it was not easy to restore the turf grass to its original condition. Some species of turf grass die under drought conditions, and leave bare soil in its place. Bare soil is prone to erosion, weed infestation, dust development, and a number of other negative effects. Unfortunately, the main type of turf grass in the Pacific Northwest, including the Lower Mainland, dies if it's not exposed to a little water on a weekly basis.

Both at Riverway Golf Course and Burnaby Mountain Golf Course, it took our staff a significant amount of effort to return the golf courses to their current excellent condition. In October 2015, overseeding drought tolerant species, aerification, topdressing, and fertilizing took place on all fairways and some areas of rough. In April 2016, the staff had to go back once again into select areas to ensure complete recovery from the effects of the drought.

Much of the extra work undertaken by the turf care staff at Burnaby Golf could have been avoided if living healthy turf grass was seen from a scientific point of view.

To read more from Peter about turf grass science as it relates to golf courses, visit golfburnaby.ca and search on “turf grass.”  More about the environmental benefit of turfgrass can be found in a report from the Canadian Turfgrass Research Foundation & the University of Guelph.

Visit wcta-online.com and search on “CTRF Report On Environmental Benefits Of Turfgrass.”