2019 Board of Directors Candidate Slate

Any WCTA member in good standing may put their name forward for open Board of Director positions.  The duty of the Board is to steer the association by providing policy and direction to management and staff.  More candidates than open positions will force an election which is a good thing.  If fewer candidates come forward than there are Board vacancies, positions will be filled through an election by the Board of Directors.

The WCTA Board is made-up of 9 individuals, composition of which includes:

One of the Directors-at-large is appointed by the President as Finance Director and becomes part of the Executive team.  The 2019/2020 Candidate Slate is as follows: 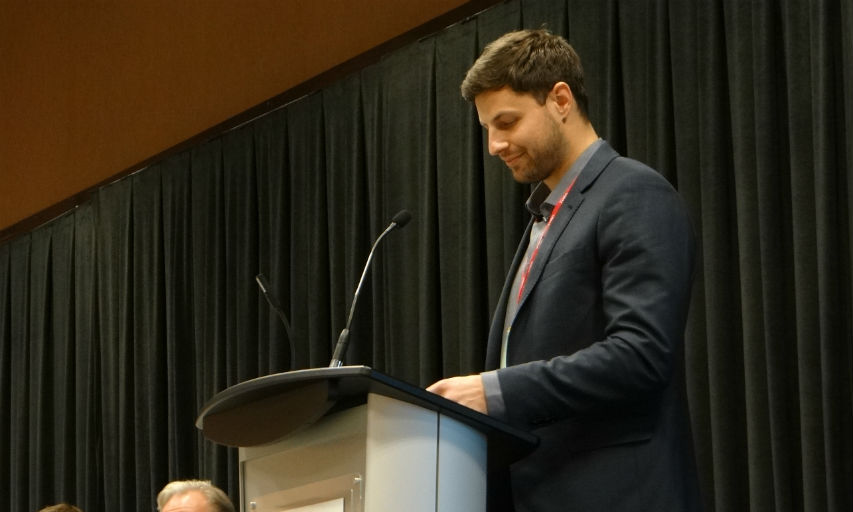 The beginning of Travis’s love of turf story is similar to many tenured professionals in the industry, starting at a young age and never really looking back.  As a teenager, he began working at the Kamloops Golf and Country Club spending his summers at the pro shop cleaning clubs and carts.  In 2005, he joined the maintenance crew, the ‘dark side’ as he puts it and continued to enjoy his job while attending Thompson River University, completing Bachelor of Business Administration and Arts degrees in 2009.  He then decided to attend the Kwantlen Polytechnic Turf Management program, graduating in 2011.

Two degrees and a turf management diploma is impressive but after graduating KPU, Travis’s story really started to change when he joined a very select list of individuals by receiving the 2011 Toro/CGSA Canadian Future Superintendent of the Year Award.  Courtesy Toro and the CGSA, Travis spent 6 weeks in the United Kingdom working at over a dozen different courses.  Since 2013, he’s taken on the role of Superintendent at the Kamloops Golf and Country, hosting the 2014 BC Women’s Amateur Championship.

As a relatively young superintendent in a demanding position, Travis decided to run for the WCTA Board of Directors in hopes of having a positive impact on the turfgrass management industry, stating in his Director Candidate profile that he is a strong supporter of continuing education and mentorship.  In a few short years, Travis has risen to the WCTA Executive as its first Director of Finance, a position created in 2016 and he has been actively involved with all aspects of the association including teaming up with Cameron Watt to the manage the association’s social media program. 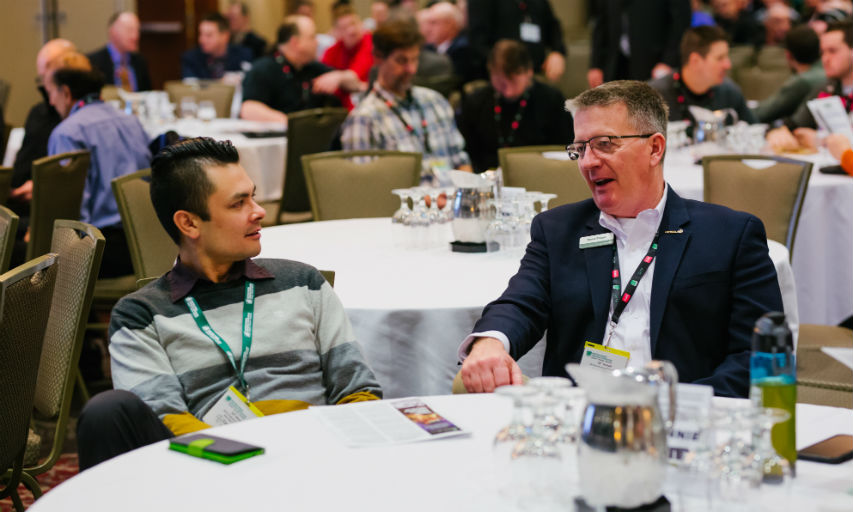 Cam has been involved in the turfgrass industry since 2000 and has recently taken a position with UBC Athletics after having spent the previous six years as the Assistant Superintendent at Redwoods Golf Course in Langley, BC.  He attended Kwantlen University, receiving a diploma in Turfgrass Management in 2004 and cut his teeth in the Okanagan region where he grew up, working at three different golf courses.  An incredible opportunity to become an Assistant Superintendent at Kananaskis Country Golf Course presented itself in 2013 but was incredulously short lived when the 36-hole facility was devastated by flooding and the world renowned resort was forced to close.  Fortunately he quickly landed the assistant’s position at Redwoods.

Cam has volunteered at two PGA events, the 2008 Telus Skins Game at Predator Ridge and the 2015 US Open at Chambers Bay.  He has also written two published articles for Inside Golf Magazine and GreenMaster respectively, regarding the Kananaskis flood and the 9th annual Green Start Academy.

Closer to home, Cam helped host Canada’s second ever First Green event at Redwoods Golf Course, an interactive program for school aged kids that uses golf courses and sportsfields to teach STEM learning (Science, Technology, Engineering and Math).  He has also planned and executed a mentorship seminar at the past two WCTA conferences designed for assistant superintendents, foreman and others looking to advance their careers and along with Travis Olson, heads up the WCTA’s social media program. 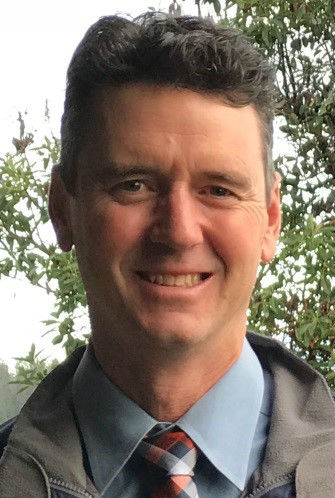 My Name is Stu Carmichael and I have been in the Turf industry for over 20 years.   I have just recently made a move from the golf industry to the City of Courtenay Parks Department.  I now look after all the turfgrass for the City of Courtenay in more than 50 parks including Football, Soccer, Softball and Baseball fields.  My team also looks after the operation of the Courtenay Civic Cemetery.

I started my turf career in the early 1990’s working for the City of Brampton Parks Department which I turned into part of my Co-Op program at Fanshawe College where I graduated with a Landscape design/Horticulture diploma in 1995.  After College, I made the best decision of my life and moved out west, landing in Whistler and working for a private landscape company for a couple of seasons before starting work at the Whistler Golf Club.

Moving to the golf industry allowed me to continue my education with the winter program at the University of Massachusetts for professional turf managers.  I became the Assistant Superintendent at the Whistler Golf Club after 6 years and stayed with the club until 2017.  During that time, I had the opportunity to attend Assistant Super University at the Ivey School of Business and became a Certified Environmental Professional through Olds College while I fully certified the Whistler Club through Audubon International.

I have been a member of the WCTA since 2007, helped on the conference organizing committee for the Whistler Conference in 2016 and also conducted a snow mold research project that I shared with the WCTA in the Turf Line News in 2012.  I would like to continue to help the WCTA and its members by serving as a board member.  Thank you for considering me for this role in 2019. 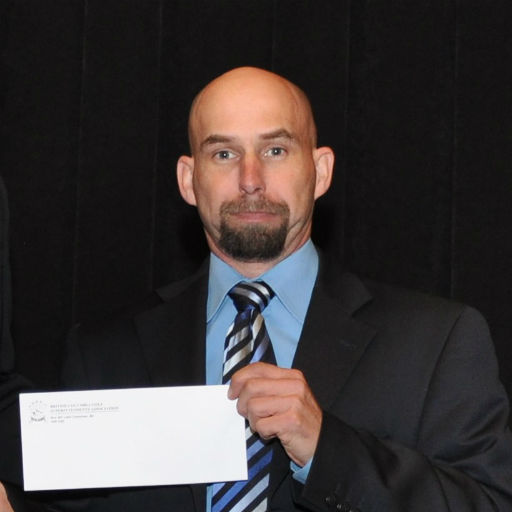 As the Golf Course Superintendent at Hillview Golf Course in Vernon for nearly 22 years, Davin has spent countless hours working selflessly for the betterment of the golf industry.

Very few people step forward to act as association Directors and even fewer will commit to the role of President.  As the BCGSA President in 2011 and 2012, Davin’s position was one of responsibility, leadership, authority, representation, upholding of the association’s purpose and ethics and providing direction, among other things.  Throughout his involvement with the BCGSA and now the WCTA, Davin’s contributions to the profession have been and continue to be selfless and substantial.

Arguably, the most impactful role Davin played during his provincial association tenure was helping bring all the various golf sectors together to form the Allied Golf Association of BC.  The early days were difficult and demanding but AGA has now grown into a powerful and effective group representing the BC golf industry as whole to government, the public and the media.  During that time, Davin played a key role in the very first ‘Golf Lobby Day’ bringing our issues to MLA’s and was a founding member of AGA-BC’s ‘Environmental Advocacy Committee’. 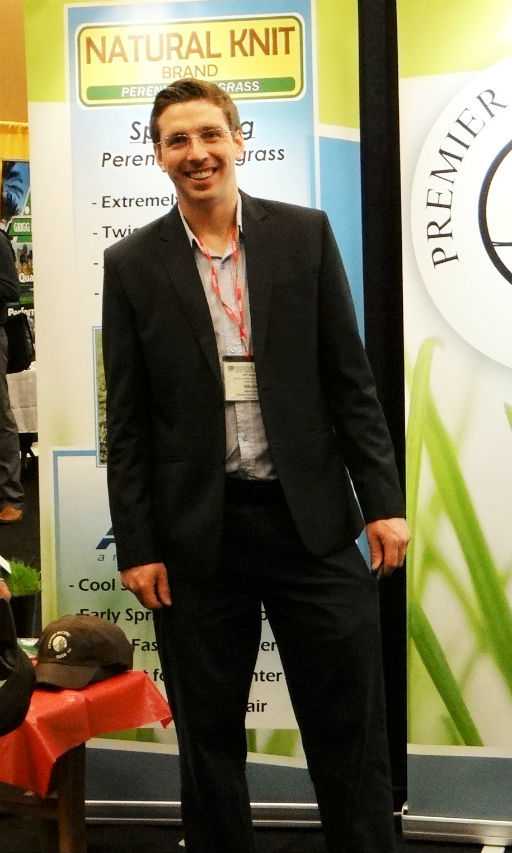 Nikolas has been connected to turf grass in many aspects of his life including athletic pursuits, employment, or family. Since 2013, Nikolas has been the technical sales representative at Premier Pacific Seeds Ltd creating custom grass seed blends for a wide customer base including cities and municipalities, agriculture customers, landscapers, mines, and hydroseed contractors among others.

Beginning in 2003 on the maintenance crew at a local golf course, Nikolas spent 3 years learning what it took to manage excellent quality turfgrass. Also during this time, Nikolas played soccer on what felt like most of the grass sports fields throughout the Fraser Valley, furthering his appreciation for fine grass.

After leaving the golf course in 2005, Nikolas founded a landscaping company while studying at University, and worked during peak times at Premier Pacific Seeds Ltd blending grass seed. After completing a degree in Business Administration at UFV, Nik grew his business with hydro-seeding and strata maintenance contracts until he eventually sold his business.

After completing some grass seed specific training at DLF International Seeds in Oregon and PPSL, Nikolas achieved the CFIA GD Seed Grader Certificate and Operator status. Since then Nikolas has had the opportunity to work with numerous turf managers around BC and organize educational events for turf managers such as tours to Oregon- the grass seed capital of North America. Nikolas hopes to add an industry contact to the board if selected.