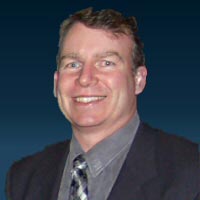 I was born in Victoria B.C. November 27, 1963. My family moved into a house along side the 1st fairway of the Mount Brenton Golf Course (Chemainus) in 1964.

During high school I was employed in the pro shop and began working on the grounds after graduating 1981. In 1982 I was offered and accepted a full time position with the grounds department at the Cowichan Golf Course.

I married Diane on August 2nd 1986 and by December 1,1987 I had moved south again with the acceptance of the Assistant Superintendent position for the soon to open Arbutus Ridge Golf Course. In 1993 we had our 1st daughter (Samantha) and in 1995 we were blessed again with our other daughter (Amy). In 1994, I became a member of the Duncan Fire Department to ensure I would have absolutely no free time.

I have served 16 years on the board of directors for the Vancouver Island Chapter of the BCGSA and currently as President.I have also instructed the Turf Management component of the golf program at Camosun College (2000-2002). My hobbies are golf (12 hdcp), fishing, and hockey.