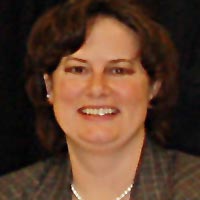 Dena Gent bio in her own words…

President? Who knew? When I joined the Board back in 2004 I had no aspirations to become President. I wasn’t even sure at the time if I wanted to be on the Board.

I was asked to join the Board in the Fall of 2003. We had just purchased a home in Vancouver, my Mother had just been diagnosed with cancer and my sister was pregnant with her second child. There was a lot going on in my life at the time.

Three weeks before the Conference in 2004, my Mother sadly passed away after a very short battle with cancer. One week before the conference my sister gave birth to a very handsome boy, Sean.

I am very glad that I joined the Board and have now stepped up to become President. With so many exciting things going on with the WCTA with the transition of Executive Directors to trying out a new venue in Conference Centers next year. It is an honour and a privilege to me to be the WCTA President for the 2009 – 2010 year.

I look forward to all of the challenges and the unknowns that this year of transition will surely provide with the assistance of my fantastic Board Members!